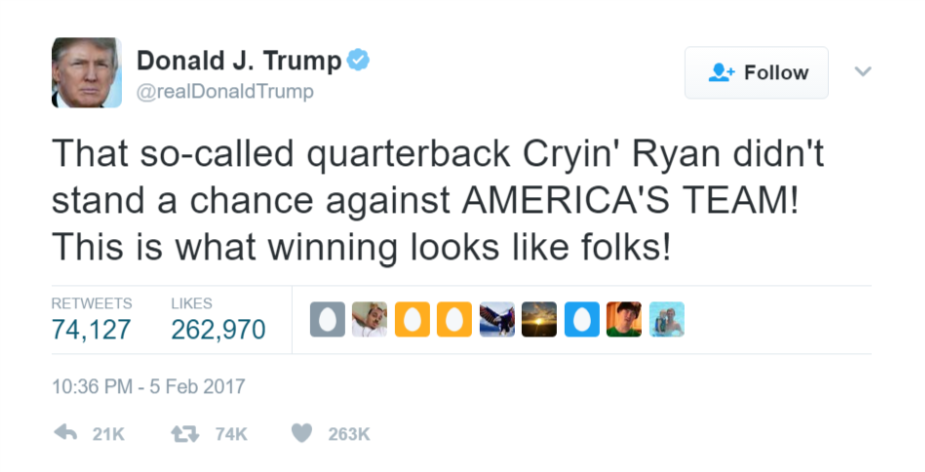 “There is a reason people have referred to the Patriots as ‘America’s Team’ for decades,” Spicer said Monday morning. “Their American spirit, their cheating, the gun-wielding minutemen in the end zone; it all promotes the kind of American ideals that this administration represents.”

The president’s mood, like the flow of the game, fluctuated dramatically during the four hours of play. A series of deleted tweets, saved by Reddit user /u/T0X1CBUTTH0L3, shows the president’s frustration at the perceived blowout through the middle of the big game.

These tweets, though confusing at first, make more sense in the context of a photo that also leaked during the game. The photo, depicting Trump holding a golden XBox controller, implies that the president believed he was controlling the action a la Madden NFL.

“It’s been a pretty common occurrence,” the administration’s Chief Strategist Steve Bannon said of the photo. “Every time Donald gets restless, I just give him that controller and tell him he’s in charge. I even told him he was playing against John Lewis, really got him riled up. It gives me a chance to focus on my duties as president of the United States.”

Once the dust had settled, Trump capped off the series of now-deleted Tweets with a good old-fashioned American roast.