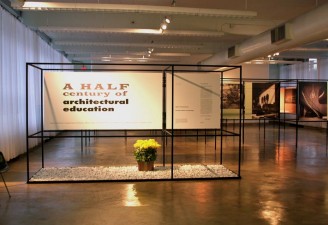 [/media-credit]In celebration of the 60th anniversary of the Architecture Building, the College of Architecture (CoA) undertook a $400,000 restoration of the original architecture library, the Dean’s suite and a 1956 exhibit showcasing work by CoA graudates.

“The original intent of the exhibit was for the faculty to show how their own work had evolved and changed over the years because some of those same people had, in fact, designed the architecture building. So you could look around at the architecture building and compare and contrast it to what the designers had done in the past,” said Dr. David Morton, Research Scientist in the College of Architecture. “The purpose of re-mounting this exhibit in 2012 was, one, to commemorate the ongoing 60th anniversary of the building that houses it and, two, to provide a snapshot of where Georgia Tech architecture was back in that day. Since the renovation of the building is a historic preservation project to preserve an architecturally significant part of Tech’s past, it made sense to display it at the same time the major renovations were being completed and opened to the campus.”

Over the summer, when funding was given to renovate the architecture building, the offices were moved to the Architecture West building and the spaces were rebuilt as a tribute. The original exhibition space was restored, along with the original display that was there 60 years ago, right down to the decorations, layout and boards.

The exhibition consists of works by Tech alumni from all over the world. 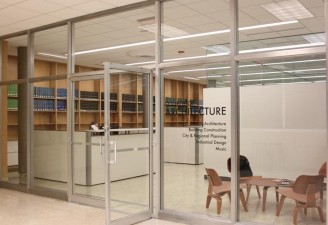 The office of the Dean and an adjacent boardroom was restored as well, including new glass fixtures and the original boardroom table which was specially designed for the room itself. The dean’s office was also outfitted in its original wood colors and arrangement.

According to Morton, when it was built 60 years ago, the Architecture Building was one of the most cutting edge buildings of its times, along with the library and textile engineering building, the latter of which has since been torn down. 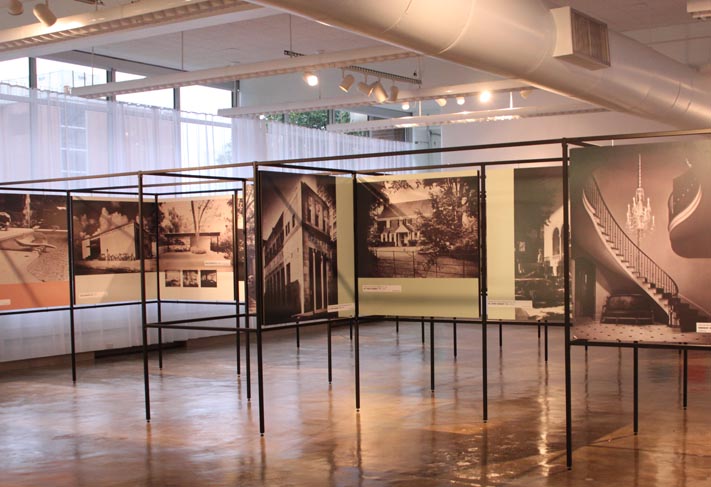