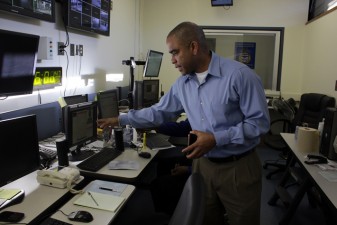 In a move aimed at improving campus safety, GTPD launched Jacket Guardian, which allows users on Tech’s campus to access advanced services when calling for help. Officials at GTPD hope that the service will allow emergency teams to have both a faster response time and access to specific health and emergency information, resulting in an overall better level of emergency care.

Working in collaboration with Atlanta’s Smart 911 system, Jacket Guardian includes an online profile with information on user’s allergies and special medical needs for emergency personnel and the ability to locate and track a phone via GPS for up to 45 minutes when a call is placed to the GTPD.

The service also includes a timer that allows a user to inform GTPD of when he or she is leaving a location on campus, where he or she is going and how long he or she expects to take traveling. The timer, if not turned off, will place a call to the police with the user’s profile and a prerecorded personal message.

“Before, [GTPD] encouraged students to let somebody know where they were and where they were going when walking late, but now… Jacket Guardian can do it for them,” said Capt. Randy Barrone.

So far, no emergency calls have been placed, although some students have forgotten to turn off the timer function when they arrived at the destination, triggering calls to GTPD.

“False alarms were expected, but there have not been as many as we anticipated,” Barrone said. “We thought there would be more, but we do have very smart students, so that has probably helped.”

Jacket Guardian is the latest in a number of efforts by the Institute to improve campus safety. Institute President G.P. “Bud” Peterson views the initiative as the culmination of efforts to connect students with help should they find themselves in trouble.

“When I came to campus…I said I want to be able to stand anywhere on campus and be able to see [a blue emergency light],” Peterson said. “[Jacket Guardian] is ten times better, because now everyone has one of those blue light poles in their pocket.”

Peterson acknowledged that the service was not a silver bullet to crime on campus.

“My hope is that it serves as a deterrent. Do I think it will be able to solve a lot of crimes? I’m not sure. But I think it’s a step in the right direction,” Peterson said.

GTPD is heavily encouraging students to set up a profile. Within the first week, over 1800 students registered, and the standing total sits at some 2100 students and faculty. To encourage continued participation, GTPD has launched an advertising campaign and a raffle for registrants.

“[Jacket Guardian] has been everything we thought it would be, and will only get better,” Barrone said.