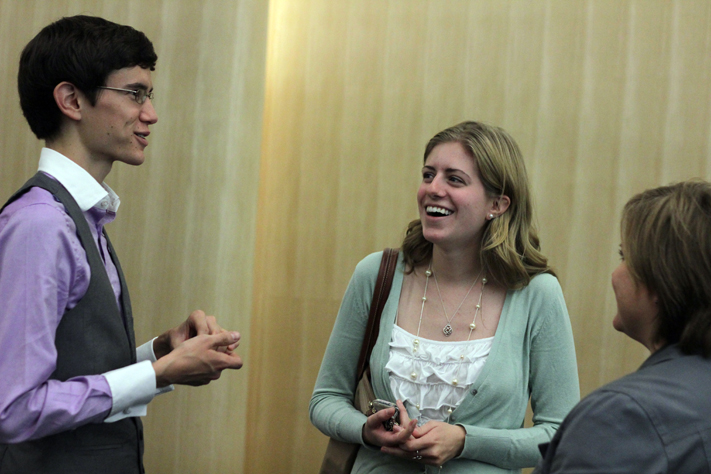 This past weekend, the College of Architecture, the Center for European and Transatlantic Studies and the Office of International Education at Tech hosted a conference examining the suburbs of Paris and Atlanta. Titled “Outer City/Inner Suburb: The Physical, Social and Cultural Fabric Beyond the Center,” the conference was a part of the larger France-Atlanta 2011 Conference.

The event, intended to explore and compare the banlieues (meaning ‘suburbs’ in French) of Paris and other major cities in France with the inner suburbs of Atlanta, focused on the historical and cultural perspectives significant to the Franco-American relationship. Through the lens of suburban communities, the conference examined the broader social and cultural variations in the two countries and how these are related.

“I enjoyed a presentation given by a French architect about the work he’s currently doing in Toulouse with regard to the renovation of many high-occupancy apartment buildings in the suburbs. Even though I’m not an architecture major, the situation of the lives of immigrants in the suburbs in Toulouse parallels on-going issues concerning the changing demographics in the suburbs of Atlanta, and I found his presentation to be very interesting,” said Kristin Meagher, a fourth-year IAML major.

Many of the presentations touched upon the importance of maintaining an open dialogue between the two countries, for reasons much larger than the political relationship between the French and American governments.

“Living in a large country like the United States, it is often easy to become solely focused on one’s own country, culture, and way of life,” said Benjamin Bennett, a fourth-year IAML major. “The cultural dialogue fostered by events such as this one is simply invaluable.”

Pierre Cohen, Mayor of Toulouse, France, one of Atlanta’s sister cities, was a guest speaker at the conference. He visited to reinforce the partnerships that link the two cities, including Atlanta’s Office of Cultural Affairs and Department of Planning & Community Development and representatives from Emory University, the Metro Atlanta Chamber, the High Museum of Art and the Atlanta BeltLine.

“I think that France-Atlanta and the variety of conferences and presentations offered [lectures on business-related issues to cultural events and movie/documentary screenings] highlights the deep interdependency and the great potential for cooperation between our two countries,” Meagher said.

The France-Atlanta 2011 Conference was officially opened by François Delattre, Ambassador of France to the United States, on Wednesday, Oct. 26, less than a month ago. It was organized jointly by Pascal Le Deunff, Consul General of France in Atlanta, and Institute President Dr. G.P. “Bud” Peterson, and fostered scientific, business, cultural and humanitarian cooperation between France and Atlanta.

“I think people in the community are really getting behind [France-Atlanta] especially for economic reasons,” said Carmen Lanford, a fourth-year INTA major. “Hopefully we can continue to emphasize the other aspects such as technology, humanitarian concerns and cultural exchange.”
France-Atlanta 2011 will conclude with the BronzeLens Film Festival this weekend in Midtown.