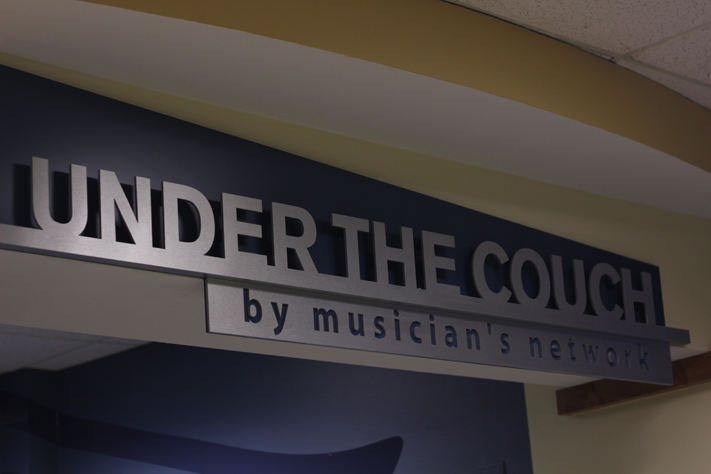 Just beneath the Craft Center lies Under the Couch (UtC) a concert venue operated by Tech’s Musicians Network (MN).

“From its start, MN has been expanding as an artistic outlet to Tech students,” said Nathan Rubright, President of MN and a fourth-year CHBE major. “As a concert venue, [UtC] has shows and events almost every week in addition to an Open Mic every week.”

Having previously featured bands such as B.O.B., Weezer, Jimmy Eat World and The Ataris, MN also partners with the student magazine Erato to host coffee nights for poetry and short stories, as well as other local shows and charitable events.

“Though [student] attendance can fluctuate from band to band, MN activities like shows are generally received with strong student response,” Rubright said.

From 1995 to 2009, MN housed its concert venue location in a small room located under the Couch building on West Campus —hence the name.

“My favorite part of working at UtC is interacting with all the people that come in and learning about them,” said Lauren Jones, a fifth-year MGT major. “I love music and have a passion for people, so this job allows me to enjoy both. I feel really lucky.”

MN, with its move, has been able to reach out further to the student body, having been required to open its doors during the day for students to enter. However, the change has been met with some organizational restructuring, such as changes in officer roles to encompass more administrational duties.

“The great thing about MN is that if you really want something to happen,” Rubright said. “You can make it happen, regardless if you are an officer or not. I have learned that MN is the place for creativity without limits.”