For many amputees, the change is lifestyle can be drastic and severely limit a person’s ability to continue the same activities they once performed. For percussionists, though, one Tech professor is working to create a device that allows them to continue drumming.

Tech professor and founding director of the Tech Center for Music Technology, Gil Weinberg, has created a special prosthetic arm which can be used to help certain amputees continue to drum.

The creation of Weinberg’s prosthetic arm began two years ago when Jason Barnes, an Atlanta Institute of Music and Media student, was electrocuted and lost his right arm below the elbow.

A drummer by profession, he decided not to give up and started working on designing a custom prosthetic device shortly after the incident.

What came to life was a rudimentary device, absolutely inflexible and without speed or motion control.

At this stage, Weinberg decided to take the matter into his own hands and devised a single-drumstick device equipped with sensors, which pick up the minutest of muscular responses to create music.

As a result, Barnes has now regained his ability to drum with multiple sticks. 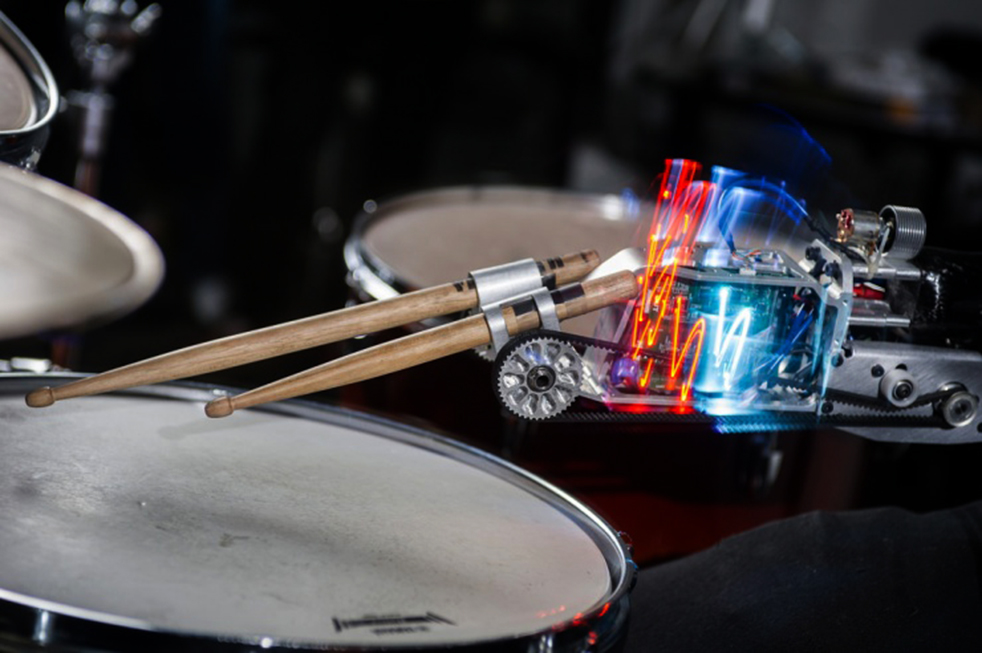 The first stick is controlled physically by the his arms and it electronically senses signals from his muscles using electromyography (EMG) muscle sensors.

Then, an embedded chip decides the speed of the drumsticks and it can move those sticks at a seemingly superhuman pace. The arm listens to the music beats performed by the first stick and then follows, improvising and playing within the beats of the first stick.

The prosthetic arm has also provided Barnes with a few drum tricks that he could not have performed prior to using the device.

“Jason can pull the robotic stick away from the drum when he wants to be fully in control,” Weinberg said, to editor.com. “Or he can allow it to play on its own and be surprised and inspired by his own arm responding to his drumming.”

“Now I can flex and send signals to a computer that tightens or loosens the stick and controls the rebound. I’ll bet a lot of metal drummers might be jealous of what I can do now,” Barnes told Mashable.  “Speed is good. Faster is always better.”

Weinberg is sure the world can look forward to a whole range of cybernetics that will redesign, art, fashion and the lives of many.