In 1917, Tech’s Evening School of Commerce admitted its first female student, Annie Teitelbaum Wise. Graduating in 1919, Ms. Wise became the first woman to graduate from the evening school and then became the school’s first female instructor a year later.

While this milestone may seem unassuming, the admittance of Ms. Wise was three years before the passage of the nineteenth amendment and the Commerce School’s official recognition of admittance for female students.

Yet for all its accomplishments in the early half of the twentieth century to promote women’s rights, the next few years proved to be a step backwards for Tech. In 1931, the Commerce School was transferred to UGA by the Board of Regents and the following year the passage of Section 32-123 of the Georgia Code, which specifically prohibited the admittance of women at Tech while allowing other universities throughout the state equal opportunities. 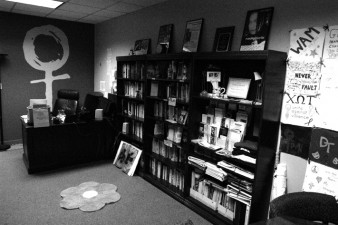 With the outbreak of war in Europe, women became a vital part of both the nation and the Tech community. While not formally students, thirty women attended a training program in April of 1942 designed by the U.S. Chemical Warfare Service to train women to work as inspectors at various defense facilities across the country.

Ten years later, after a large effort by then Tech President, Blake Van Leer and his wife Ella Leer, the university system’s Board of Regents voted seven to five on April 9th, 1952 to allow women to enroll at Tech with the stipulation that they may only enroll architecture and engineering classes.

That fall, Diane Mitchell and Elizabeth Herndon became the first two women to officially attend classes on the main campus.

“The first women came to Tech, not to prove a point, but to pursue the opportunity to study at Tech and become engineers,” said Yvette Upton, current Director of Outreach and Student Affairs, Savannah campus, and former first Director of the Women’s Resource Center on campus.

It would take another sixteen years and a nation-wide movement of women demanding equal rights for Tech to finally open all of its majors to women.

Throughout the next three decades, women enrollment drastically began to rise. By 1995, the Women, Science and Technology minor was developed, offering the nation’s only minor in women’s studies to focus on gender, science, and technology.

“Now that we’ve hit over thirty percent, it is really helping to change the dynamics on campus. Overall, I believe it is an important achievement for Tech,” Upton said.