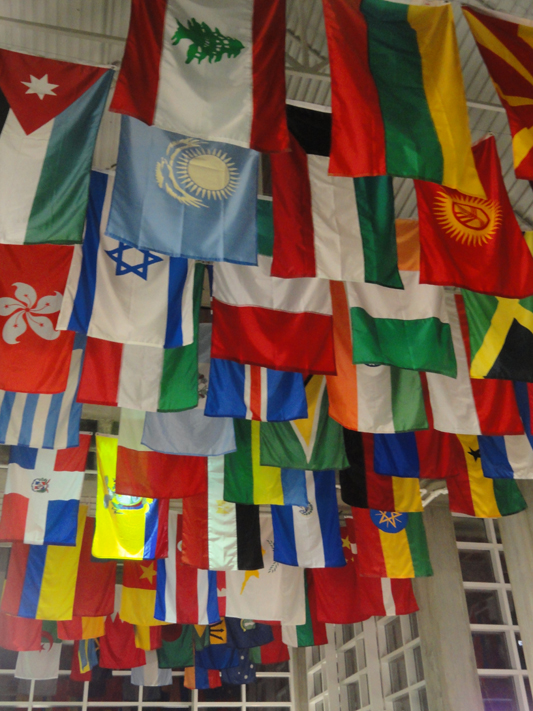 Joyeux Noel! Hyvaa joulua! Buone Feste Natalizie! Feliz Navidad!” The expression, “Merry Christmas,” varies among the many languages of the world and each country adds its own flare to this particular holiday, but there are also many shared traditions that can be seen across nations. The conglomeration of these different traditions provides for a rich and refreshing interpretation of Christmas around the globe.

Since ancient times, there have been celebrations during the middle of winter to rejoice in the expectation of longer days and more sunlight. The Romans held two feasts at the end of December, Saturnalia and Juvenalia. The former feast commemorated Saturn, the god of agriculture, and was marked by excessive eating and drinking over the course of a month.

The latter feast was held on December 25 and honored both the children of Rome and the infant god of the unconquerable sun, Mithra. After the coming of Jesus Christ of Nazareth, Pope Julius I chose December 25 as the day to celebrate Christ’s birth in an effort to absorb the traditions of the Roman festivals previously mentioned.

For Mexicans, the main Christmas celebration is called “La Posada.” La Posada is a religious procession that typically begins nine days before Christmas and reenacts the search for shelter by Mary and Joseph before the birth of Jesus. Although Santa Claus is not prominent in Mexico, his bright red suit is represented in the traditional flower of the season, the poinsettia. On Christmas day, Mexican children participate in the traditional breaking of a piñata filled with candy and treats. Additionally, the children who have been particularly well-behaved also receive a gift on January 6 in honor of the Three Wise Men who presented gifts to Jesus at his birth.

Christians in India celebrate Christmas by decorating banana or mango trees and decorating their churches with small oil lamps and red flowers. Presents are given to family members and “baksheesh,” or charity, is given out to the poor. Small clay lamps are placed on rooftops and walls of houses in South India, just as Hindus do during their festival, Diwali.

As the only Asian nation whose main religion is Christianity, the Filipinos have many traditions for this holiday. Beginning nine days before Christmas, celebrations start with “Misa de Gallo,” a midnight mass when the story of Christ’s birth is read from the Bible. Children also go around the neighborhood singing carols in which they are rewarded with money or food. Serenading “cumbancheros,” or strolling minstrels, end their holiday performances by singing the traditional “Maligayang Pasko” to the tune of “Happy Birthday.”

The Finnish enjoy Christmas festivities by cleaning their houses, cutting down fresh fir trees, baking special treats and visiting traditional Finnish saunas. Another tradition is to tie nuts, seeds and grains to a pole and placing it in the garden for the birds. During the entire time leading up to Christmas day, Finnish people wish each other “Merry Yule,” after the log traditionally burned in fireplaces as a part of several European cultures’ seasonal celebrations.

Christmas is celebrated in a unique manner around the world.