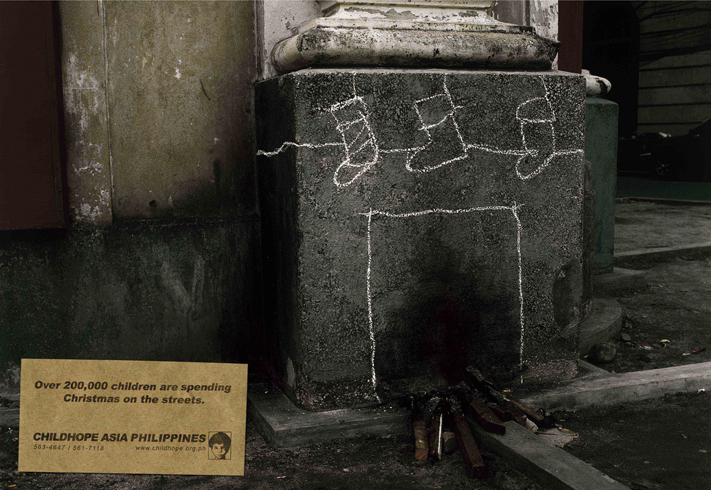 The holiday season is the time of the year when people are in an elevated and giving mood, and it is also by far the busiest shopping season, making or breaking a retailer’s bottom lines for the whole year.

Holiday advertisements are key elements in a company’s branding strategy, because of the inherent emotional associations to holidays. For these reasons there are many iconic and powerful holiday advertisements or ad campaigns that stand out to us and have become part of our collective visual memory as a generation.

The red and white colors of the company logo translate directly to the modern image of Santa Claus. But it was an ad in 1971 that started the golden age of holiday advertising for Coca-Cola. It was the Coca-Cola ad that’s commonly referred to as the “Hilltop” ad, with one of the most iconic songs in advertising: “I’d Like to Teach the World to Sing.”

Because the holidays are often associated with a time of giving and altruism, good holiday ads tend not to include direct sales messages, but tend to be more subtle to keep in line with the purity of the holiday spirit.

The “Hilltop” ad is a great example of this, because the ad is centered around an idea of a worldly unity and peace, and the word “coke” does not even appear until half way through the song.

The catchy and uplifting melody sung by a large chorus of young women and men of different ethnicities, paired with the outdoors natural setting, projects a positive message that resonated with the progressive counter culture movement of the time, but also without being too overt or ‘in your face.’

The result is an ad that immediately struck a chord with the public. The Coca-Cola Company and its bottlers received more than 100,000 letters about the commercial shortly after it aired, and the commercial became one of the most iconic and highly regarded commercials of all times.

Since then, The Coca-Cola Company has launched many more successful holiday advertisement campaigns, such as the polar bears series, or the more recent “holidays are coming” ad campaign that features Coca-Cola trucks decorated in Christmas lights driving through a snowy neighborhood, interwoven with images of joyous families.

The Coca-Cola Company’s holiday campaigns are so successful that many associate the appearance of decorated Coca-Cola trucks with the unofficial start of the holiday season.

On the other end of the spectrum from multinational corporations such as Coca-Cola, a lot of non-profit organizations also use this special time of the year to launch very interesting and powerful ads that pull at people’s heartstrings.

In a print ad by Childhope Philippines, chalk outlines of Christmas stockings are drawn on a street side cement support, with burnt pieces of wood at the bottom. The ad reminds us during the special time of the year that “over 200,000 children are spending Christmas on the streets.”

Advertisements are fascinating works of media, because they are the work of dozens of artists over a period of many months condensed down to a brief minute, or a small page.

They embody years of extensive market research, and these professionals’ best attempt at tapping into the minds of the consumers and the public. They are penetrating into the consciousness of a society, and are in sync with the pulses of the times. There will no doubt be new holiday advertisements this year.

How will they be similar or different to advertisements from years past?