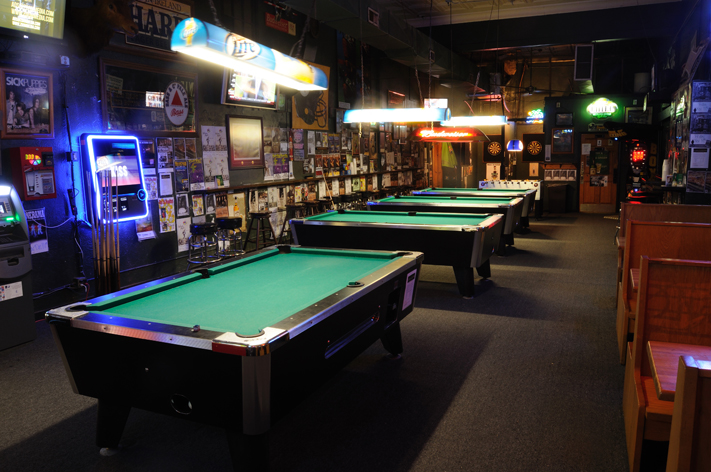 Atlanta is a melting pot for the musical minds of the century. Many famous artists such as B.o.B, Cee-Lo Green and OutKast are all from the greater Atlanta area. The city of Atlanta also plays host to a myriad of different recording studios such as “So So Def Recordings” and many others. But how does a local Atlanta resident get immersed in this thriving music scene? The answer: small bars and restaurants which promote budding new musicians.

The first place a viewer may want to stop is called The Earl (East Atlanta Restaurant and Lounge). Located on Flat Shoals Ave, the Earl hosts talented musicians every day of the week. The target audience of the music venue area (as the restaurant is a separate establishment) is a more mature audience, and you must be 21 or older to enter.  “Indie Rock” is the primary type of music played at the Earl, but like any musical venue, the Earl has had its share of diverse musicians. The goal of the establishment is to promote the growth of budding artists.

“We all believe in the magic of live music. It’s great to watch a young band blow away a small audience knowing that they’ll soon move on to bigger and better things. I believe a line from The Hold Steady best sums up the awesome communal nature of the live show-going experience: ‘I like the crowds at the really big shows people touching people, they don’t even know,” said Patrick Hill, a manager at the Earl.

Another musical venue to visit sits on Piedmont Ave. Smith’s Olde Bar has a very relaxed atmosphere and multiple rooms to suit different enjoyments. The traditional restaurant includes hundreds of pictures of famous musicians that line the walls, and allows entry to people under 21. If you wish to go to the music room, however, you must be 21 or older. The music room hosts over 300 people, and famous artists such as Train, David Bowie, Edwin McCain and others have preformed here. The business also supports a game room and a separate bar area. The laid back attitude of the owners and managers allows for customers to get their money’s worth out of a good meal and cold beer while enjoying the option of attending a concert.

For an audience more geared toward the hard rock and punk scene, the Drunken Unicorn is the perfect establishment. Although the venue is smaller than some of the others, it breeds an atmosphere of party and fun. The slogan of the establishment is “Small and loud, like Gary Coleman (RIP).”

Finally, another small, but very popular musical establishment is Eddie’s Attic. It is located in Decatur, but still inside the metro Atlanta area. Musicians such as John Mayer, Springboard, and Shawn Mullis got their start playing here. The stage of Eddie’s Attic has also seen many nationally acclaimed artists such as Sheryl Crow, Dana Cooper, and Kevin Kenny to name a few. The atmosphere of this venue is directed toward a higher class. It is not just a central station for partying, but the purpose of Eddie’s Attic is to “embrace the diversity that allows independent music to thrive,” said Bob Ephlin, the owner.

So if you are looking for a place to go to, sit back and throw down a beer or two or just simply hear a newly discovered band, there are many places to visit around Atlanta. These venues allow audiences to gather from all over the country and enjoy the pleasing melody of a performing artist. You simply have to look for them.