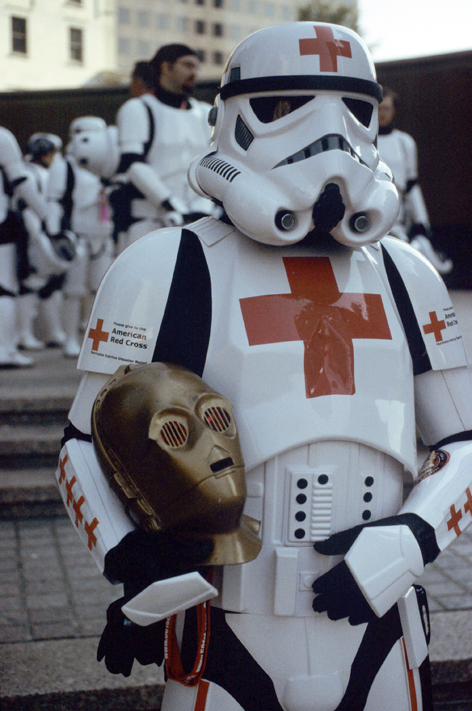 Think back to when you were a young child: Halloween was the definition of everything wonderful. You got to play dress up, be handed candy by the fistful, and then stuff yourself silly with the bounty of the night.

It seemed the month of October existed only to host this special holiday, but how has this holiday changed as we get older?

The first couple years of trick-or-treating are marked by the accompaniment of older siblings or parents, trooping around in caravans of Red Wheel Wagons ready for when the youngsters would pass out from the taxing collection process.

Parents can only handle this for so many years, however, and once their children get older, they allow them to trick or treat with their friends, while the parents retire to candy distribution.

As soon as the later middle school years hit, you suddenly feel gawky and awkward, roaming the streets amidst children seven years younger than you, realizing that the jelly bean costume you have on looked far more adorable when you were eight.

The parents distributing candy are far less enthusiastic to “treat” you, since they find far more gratification in giving candy to the littler ones.

After asking several Tech student at what age they stopped trick-or-treating, the majority admitted they were either 14 or 15, a freshman in high school.

Many also admitted that they did not want to stop, they just felt it socially unacceptable. “Trick or treating in high school can be seen as a stigma associating with the lower grades,” said David Hendon, a first-year CS major.

Now think about the latest Halloween you have had, or the one you are planning to have this coming Monday. Not quite the same, is it? It is an accepted postulate perpetuated by both reality and media projections that Halloween at a college means men and women dressed in provocative “costumes” attending wild parties and getting more than slightly inebriated.

What constraints has society inflicted that switch Halloween from an innocent night of fun and frights to a not-so-innocent night of scandals and debauchery? Should there be an age limit on trick-or-treating? As we mature through our middle years, adults are more wary of our actions and find teenagers roaming around amongst youngsters very unsettling.

This combined with the extended freedom you get as a high school student and the need to, “fit in,” is all it takes to sever ties with the trick-or-treating practice.

Now, since most of us are still children at heart, the fun of dress -up is undeniable, only now it is layered with several other factors that are elements of growing up.

Women are expected to dress up in a way that is parallel to the outfits they wear to any party. “I think when you get to college it is a common norm that all girls wear promiscuous  costumes, and if we don’t its considered weird.

“There is a social pressure to conform,” said Zary Peretz, a first-year IE and BA double major. “I believe this norm extends past Halloween costumes. You don’t usually see girls at parties wearing their cookie pants and baggy sweatshirts.”

Granted, scandalous costumes are not appropriate in certain situations, the same way a sparkly cocktail dress is not appropriate at a child’s day care. Sure, costumes may get a little ridiculous, but so do some outfits we see people wearing every day.

Halloween itself is unique in that it is neither a religious or political holiday. It is a holiday created by society and thus ruled by what society deems as acceptable or customary. It is also a holiday that is subject to the age group enjoying it, not exclusive to either one.

Everyone enjoys the mystique and fun in adopting another identity for a night, just children celebrate by eating candy while young adults celebrate by drinking their own “treats.”