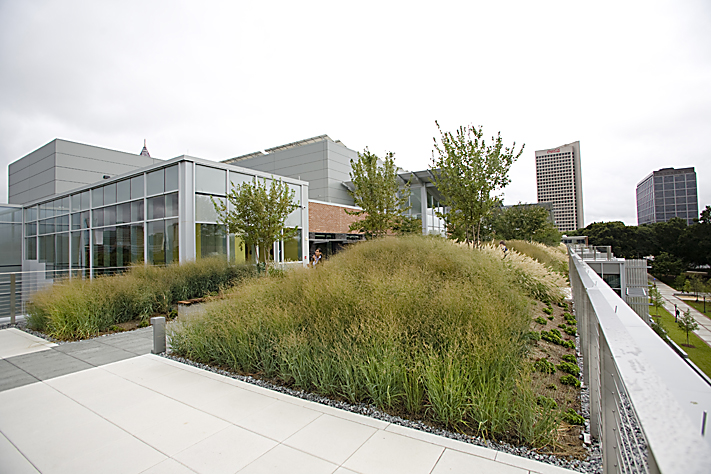 It is a tremendous feat that a university like Tech that is dedicated to math and sciences, ranks among the top institutions in the country dedicated to promoting green technology initiatives.

According to the most recent 2011 Princeton Review poll of the greenest college campuses, Tech attained the highest possible score and was placed on the Green College Honor Roll with only fifteen other colleges that displayed outstanding commitment to sustainable living.

As the campus transforms to meet the needs of global resourcefulness, students are noticing the difference.

“It’s hard to be ‘green’ in the middle of a city, and it’s easy to ask how we can conserve, but I definitely think it’s a priority for our campus and I appreciate the initiatives we’ve taken,” said Sebastian Tadjuddin, a fourth-year IE.

In 2008 Tech was recognized as a “Tree Campus USA” campus by the Arbor Day Foundation – a notable accomplishment for an urban location.

“[Georgia Tech] has made it a lot more convenient to recycle and be green,” said Melaena Roberts, a second-year CS. “At home it can be a pain to recycle, but it’s nice that they have the multi-option bins in the Clough Commons even though the bin that says ‘Landfill’ makes me feel guilty.”

“It’s not like I’m on a crusade or anything,” said Daniel Hamilton, a third-year CMPE. “ My roommates and I try to recycle milk jugs and paper whenever we can.”

While recycling is a significant part of green living, some students believe it is the only method in which they are able to help the cause.

“I would probably do more than just recycle if I knew more about the situation,” said Nick Beyer, a second-year ME. “More research into the benefits of being green and the consequences of not would inspire me to do more.”

“All resources are limited and it’s great that Tech is doing what it can.” said Logan Carpenter, a first-year ME, when asked if there were enough recycling initiatives on campus. “We should do more, but sometimes I forget about ways I can contribute.”

Ben Merva, a second-year BIO said, “I do what I can. Conserving water, turning off lights when I leave the room, unplugging my phone when it’s charged, these are common sense things that we can all do.”

It is clear that Tech is making large investments towards green technologies but how are these initiatives being funded?

“If we could be sustainable while also saving money in the long run, then we should definitely pursue it; if not, we should consider otherwise because tuition costs are steadily rising,” said Merva.

Whether students approve or disapprove the costs and changes of green initiatives on campus, Tech will continue to be confronted with the needs of an increasingly “green” conscious population.