TBS has finally launched a reality show relatable to Tech students. Starting Thursday, Jan. 17, the executive producers of The Biggest Loser, The Amazing Race and Survivor are bringing King of the Nerds to TBS. In this unscripted competition series hosted by Robert Carradine (Django Unchained) and Curtis Armstrong (Risky Business), 11 contenders from across the nation will compete in numerous contests testing their intelligence, creativity, talents and pop-culture expertise. Challenges include everything from a giant game of chess to a nerd-wide dance-off. The eight-episode series starts out with group tasks and will transition to individual contests as the nerds near the end of the season and strive for the goal of being named the “King of the Nerds” and master of “Nerdvana,” not to mention winning the $100,000 grand prize. One of the contestants this year even graduated from the geek-breeding grounds of our own Georgia Tech; Jon, a self-proclaimed lover of math, theoretical physics, Taco Bell and gangsta rap, answered some questions about the series for The Technique. 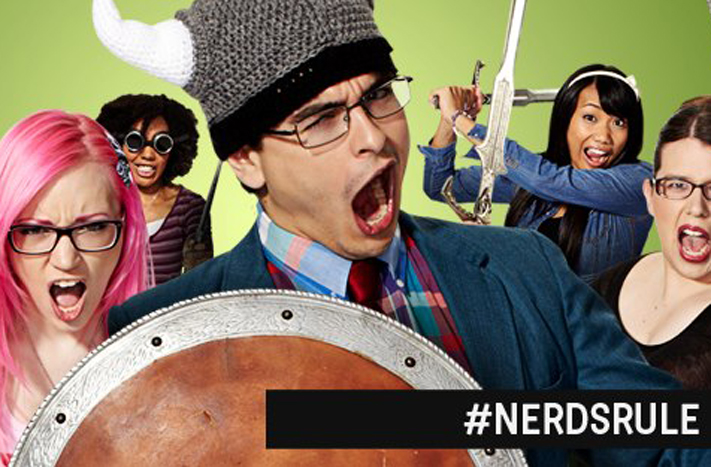 First off, could you tell us a little about your background while you were at Tech? When did you graduate, what was your major and what were you involved with?

At Tech, I was pretty scatterbrained in focus. I started off as a Computational Media major, switched to Nuclear Engineering and then to Physics. A couple years later I added Applied Math as a second major, and then I graduated in December 2011. I studied abroad in China and spent a couple of summers doing research in mathematical physics at the University of Bielefeld and Caltech. I am also an alumnus of the Psi Upsilon fraternity, and have been involved in the local Burning Man community for a few years. Now I’m in a pure math Ph.D. program at UCLA.

Do you think the atmosphere at Georgia Tech is comparable at all to living in “Nerdvana” on the show?

Socially, I would say it was similar, but with a little more diversity of interests. There were several engineering types on the cast, including a woman with a Ph.D. in Mechanical Engineering. But there were also members of the cast who are professional gamers or role-playing game designers, for instance. I could imagine running into a similar group of people at a Georgia Tech house party.

What do you think sets you individually apart from the other nerds on the reality series?

I think that I was the most prepared to handle little sleep and endless stress, which I attribute entirely to Tech. That makes it sound miserable, but it was actually a lot of fun too!

Did you find it at all offensive to be considered one of the top 11 nerds in the nation to be chosen for this show, or do you embrace your nerd-dom?

I consider it an honor, but as a mathematician I have to reject the notion that the set of nerds has a naturally-induced well-ordering, so I consider any sort of ranking of nerds to be dubious in nature.

What can viewers expect to see on the show? Is it strictly a reality competition, or will there be focus on developing friendships, drama and even romance?

In reality, it was certainly a mix of both, but I haven’t seen the show myself so I don’t know which aspects are focused on.

The show’s website portrays all participants as characters on trading cards. If you could have one superpower, what would it be and why?

For all the “Techies” out there, do you think that nerds truly rule the world?

No. According to David Icke, we are ruled by Reptoids.

Tune in to TBS at 10 p.m. on Jan. 17 to satisfy the inner Tech geek-dom and watch Jon compete to become the one and only “King of the Nerds.”