This week’s Global Vibes section takes us to the Democratic People’s Republic of Korea, more commonly known as North Korea. Cinema in this country has so far been a relatively small industry, and only began in the 1950s. Films in general have been frowned upon, much like other art forms in North Korea. O Youth!, a film made in 1994, was the first attempt at romantic comedy by any North Korean director. 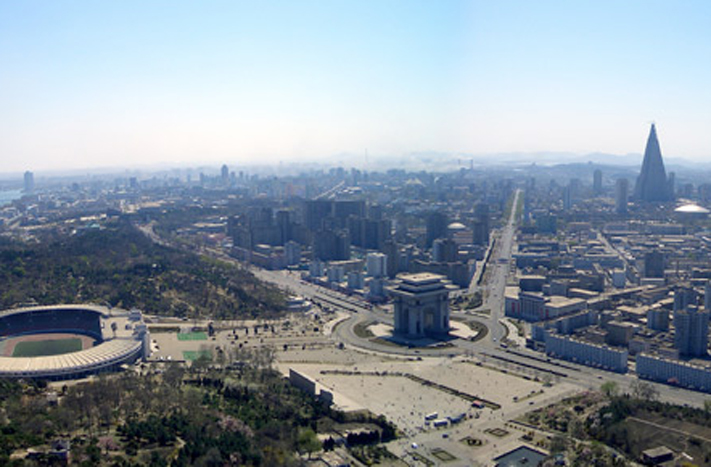 The movie is about a Korean family with six children, five of whom are young sportswomen, and the eldest a thirty-year-old studious man named Ki Ho who is uninterested in getting married at an early age. His parents, however, are eager to find him an adequate spouse, and the main source of humor in the movie arises from the mother, who will stop at nothing to find her son a respectable and beautiful wife. Her primary condition is that the girl cannot be a sportswoman, as they apparently do not serve the nation in a satisfactory manner. This is one of the first major instances of patriotism evident the film. Ki Ho’s father and sisters, on the other hand, want him to ignore his mother’s wishes and marry a sportswoman. The humor is situational, arising primarily from the confusion created by the disagreement between the mother and the rest of the family. Ki Ho’s disinterest also adds on to this dilemma.

The story then introduces a new character, Un Gyong, a female Taekwondo instructor who eventually meets Ki Ho. Coincidentally, part of Ki Ho’s research includes the study and history of Taekwondo, and the pair instantly make a connection, eventually leading to a proposal of marriage. However, Un Gyong does not reveal her true profession to Ki Ho, as sportswomen are often discredited and reproached, and when she realizes that Ki Ho’s mother has no interest in having a sportswoman for a daughter-in-law, she tearfully rejects the proposal. But when it becomes evident that the two belong together, Ki Ho’s mother agrees to the marriage on the condition that Un Gyong wins a gold medal for North Korea. When this happens, the mother is convinced that female athletes can make a difference to the DPRK and the greatness of the Socialist System is adopted.

The film was made at the inception of the rule of Kim Jong II in 1994. Thus, the humor and story is greatly related to the rule of the dictator and tries to show the importance of sports to the country, as well as the power of women. At one point, the film talks about how North Korea is not great for inventing Taekwondo, but for having a great leader who rekindled the sport and guided the people well. In this manner, many aspects of the film could be seen as propagandist in favor of the North Korean government, at least from the viewpoint of western civilization. Due to the dictatorship of Kim Jong Il, however, it is possible that Korean film directors at the time were pressured into incorporating praise and support towards their leader in their movies, an idea that is clearly witnessed in O Youth!.

As far as overall comedic standards go, most of the comedy in this film consists of a more witty style rather than a laugh-out-loud one, and may have run more smoothly with the previous generation than with that of today.

Nevertheless, the film is well made and has a firm structure. Its exciting introduction evolves into a well-developed story line that moviegoers will appreciate. The ending is quite touching and patriotic, bringing forth the power of the North Korean flag among its people.

Despite North Korea’s curiously solitary existence, O Youth! is definitely a must-see for all film-lovers.