Cirque de Soleil’s latest extravaganza TOTEM opened this past Friday (Oct. 26) in Atlantic Station, making Atlanta the fourteenth city on its worldwide tour.  TOTEM premiered in 2010 in London and has thrilled viewers with its impressive production and acrobatics. 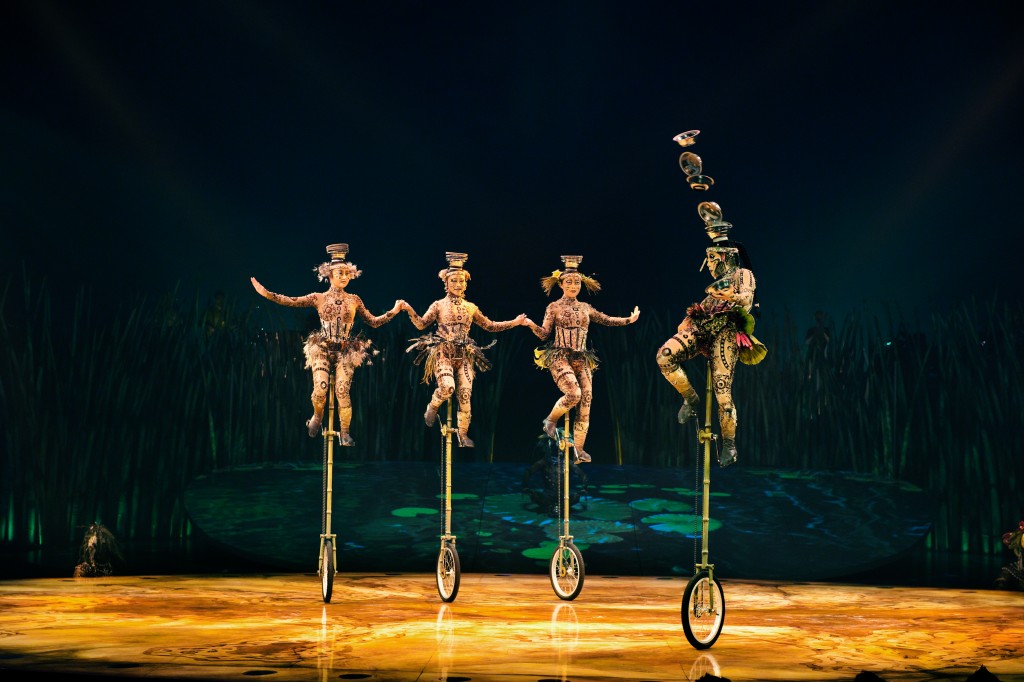 [/media-credit]TOTEM was inspired by the many founding myths and provided a conceptual backing as man reaches his “ full potential” eventually reaching the sky and beyond. Much like an actual totem pole the show begins at the base with a turtle stage and as the performers evoke different animals, environments and cultures the set ascends to the stars.

Over the course of the 11 main acts, multiple disciplines are explored from the trapeze to the carapace. Each act is unique and thrilling simply for its acrobatics, but the costuming, music and production give the show the extra flair of complexity and conceptuality for which Cirque du Soleil is known.

Throughout the night each act successfully brought both laughs and gasps, though some were particularly popular and received their own standing ovations in the middle. The first to achieve this, and probably the most notable of the night, were the unicyclist women who tossed bowls onto both their own and each other’s heads. Even though this might seem contrived, it is an amazing feat to see someone stack five bowls along their legs and then catch them on their head all in one fell swoop of motion – all while balanced on one wheel.

Equally inspiring was the Native American roller skating duo (actually Italian) whose spinning on a small circular stages brought more than just a few gasps of wonder and awe. This act was excellent not just for the acrobatics, but also the raw sensuality the pair evoked as they met in the constellations and fall in love resulting in an ultimate act of total trust.

Another notable pair act was the fixed trapeze duo – who in a move against tradition are a man and a woman. Rather than going for the raw sexuality of the roller skating duo, they instead perform a flirtatious number as two love birds meet for the first time their bodies both fighting and becoming entangled with each other.

Other acts push the boundaries of human ability and height with rings flying over the audience, men perching on impossibly high poles and others being launched to new heights from Russian bars. However, the most surprising aspect of the night was the pure joy and fun the troupe offered.

A Cirque du Soleil production is expected to have that wow factor with the world’s best acrobatics, but TOTEM took that further creating a truly “circus-like” experience. Jugglers and clowns completed the cast, bringing a fun feel to a show that could have just as easily been about visuals and athleticism. The whole cast though entertained through the whole night, ending in a rousing dance number – not memorable for its production or acrobatics, but rather the sheer elation they had in performing an excellent show all together.

TOTEM is well worth visiting during its stay in Atlanta, although going may induce a desire for multiple trips. The acrobatics are top notch and the show always entertaining. The totality of the costuming, staging, music and acts themselves though altogether create a wholly visceral experience as man reaches that potential and exceeds it. 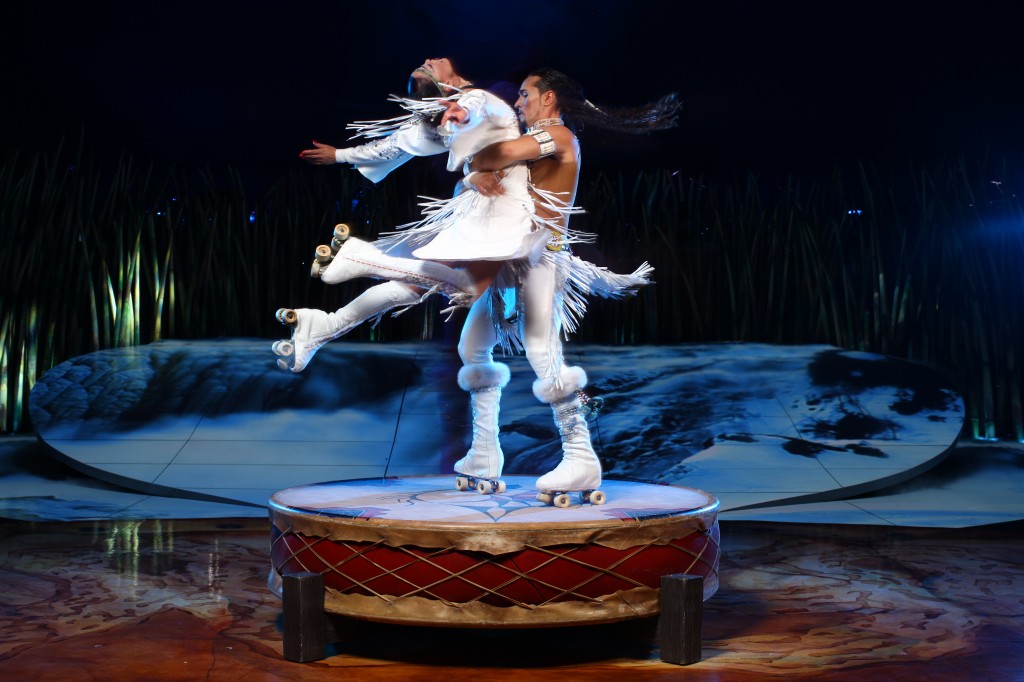