This past Tuesday, Oct. 23, AWOLNATION, Imagine Dragons and Zeale ignited the Tabernacle venue with their respective electric, indie and indie hip-hop tunes. 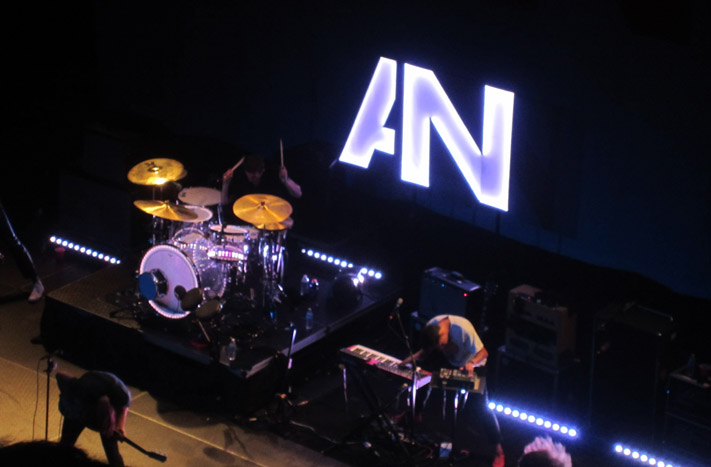 Although Zeale—pronounced zee-lee—is not necessarily well-known among mainstream music-lovers yet, this Texas native left a memorable impression. With an interesting blend of soulful melody, impressive whistling and exhilarating rap lyrics, his notable tracks—such as “Black Mr. Rogers” and “Hope Dies”—are sure to gain popularity in the future. Although the crowd may not have been able to sing along, Zeale successfully entertained in other ways. At one point, he took various words shouted from the audience and made an impromptu freestyle rap about Atlanta. Furthermore, he offered free downloads of his music to anyone at the concert and spent the remainder of the evening mingling with fans offstage.

Next up was the Las Vegas-native indie rock group, Imagine Dragons. Led by Dan Reynolds, Imagine Dragons formed in 2008 and released their first official album, Night Visions, this past September. Despite variation between upbeat and danceable tunes such as “On Top of the World” and “Amsterdam” and graver, deeper tracks such as “Demons” and “Bleeding Out,” one cannot deny that the Imagine Dragons sound is consistently distinctive and unique.

“It’s been a long four years on the road, and it’s so humbling to be here today…so thank you,” said Reynolds in between tracks.

A high point in the concert came when the band’s most popular hit “It’s Time” was performed. After their captivating performance, it’s not hard to see how Billboard Magazine recently named the rising musicians “2012’s Brightest New Stars.”

Finally, AWOLNATION took the stage and not disappoint as the headliner. Although they also formed recently—releasing their first album only two years ago —the band has quickly gained notoriety through the use of their tracks on  television shows, commercials and as backgrounds in numerous other videos. The undoubted highlight of the evening occurred with the performance of their top 10 platinum hit “Sail.” Other notable moments included “Not Your Fault,” “Kill Your Heroes” and the melodic tune “All I Need.” However, the true magic in their performance came from the purely uninhibited energy of front-man Aaron Bruno.

Overall, there wasn’t a dull moment in the night, and the concert ended with fans wanting more from the talented and promising bands.