Fans flocked to the Buckhead Theatre last Thursday (Oct. 4) to hear the folk rock stylings of the quickly rising Swedish band, First Aid Kit. Returning to Atlanta after opening for Lykke Li last year, First Aid Kit were warmly welcomed by a large crowd there to enjoy their rapturous harmonies and unique mix of country, folk and rock. 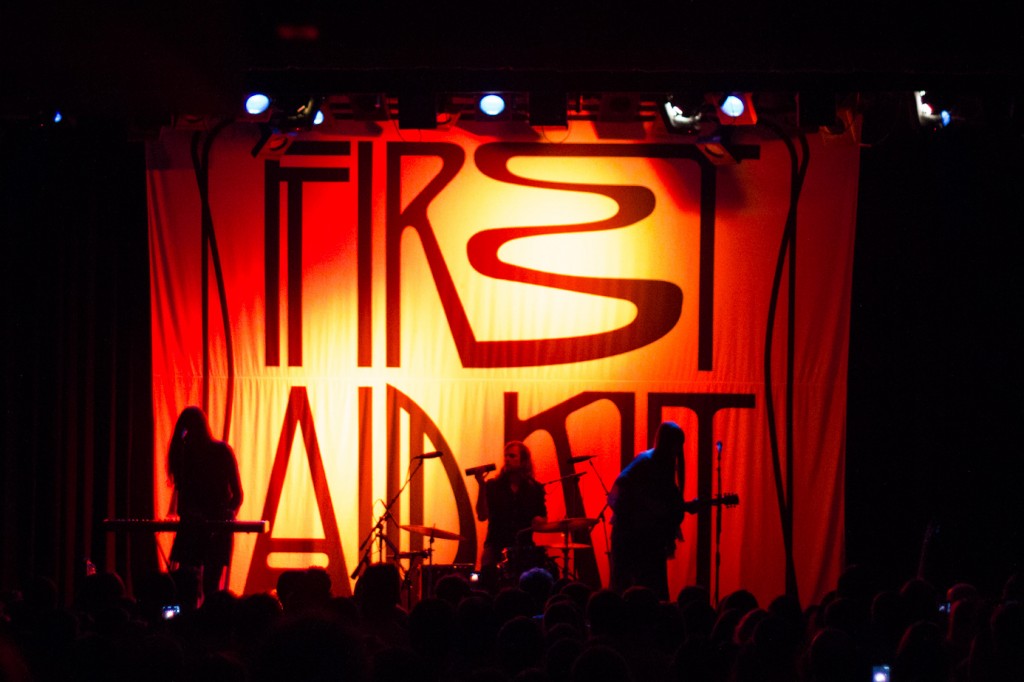 [/media-credit]The most striking thing about First Aid Kit performing live is their remarkable ability to perfectly recreate the complex harmonies from their latest album The Lion’s Roar. While this can also be a limiting experience as one could just as easily listen to the same music at home, First Aid Kit provided plenty of surprises and bonuses making the concert stand in its own right.

One of the highlights of the evening was the stripped down and totally microphone-less “Ghost Town” – replete with audience sing-along. The sister’s vocals aptly led the crowd, providing a hushed, intimate rendition. Another nice feature was the addition of male vocals to their Americana tune “Emmylou” where they ask “just sing little darlin’, sing with me” as they offer to be the Emmylou Harris to your Graham Parsons.

First Aid Kit threw in some covers for good measure including fellow Swede Fever Ray’s “When I Grow Up” and Paul Simon’s “America”. The Paul Simon cover was particular beautiful and appropriate as the easiest comparison for First Aid Kit is a female Simon and Garfunkel.

Perhaps most surprising was the sister’s energy as they headbanged their way through folk rock tunes like the title track “The Lion’s Roar.” However, in spite of their antics they never lost their clean and beautiful sound. Another easy highlight was the closing “King of the World” which ended the concert with a Prairie Home Companion-esque vibe as they pulled the opening act, Dylan LeBlanc, and other onto the stage for a more collaborative effort.

Despite all of the positives some elements of the performance were lacking, the opening act in particular. Though Dylan LeBlanc has a wonderful voice all of songs were slow and the same, quickly blending together in an overly long set. However, it was a nice touch that Klara, one half of First Aid Kit, has the grace to come out early and duet during one of the opening songs.

Also detracting throughout the whole night was the amateurish use of lighting effects. Often the effects were cheesy (blue for the song “Blue”), distracting, offbeat or all three. It’s unfortunate that this could distract so much, but highlights the importance of all elements of the performance.

Altogether though First Aid Kit provided a wonderful night of music and proved why they have ended up on so many people’s radars. This Swedish duo is here to stay with their close harmonies and intricate instrumentations and is well worth trying to catch live. Hopefully they can improve on the less than perfect and put on the show they deserve to have.