In the modern world of cinema, it is rare to find a film based on a novel where the director is also the original author of that novel. However, this is the case in The Perks of Being a Wallflower (based on the book published in 1999), a movie that truly displays the talent of Stephen Chbosky as both a brilliant writer and a skilled director. 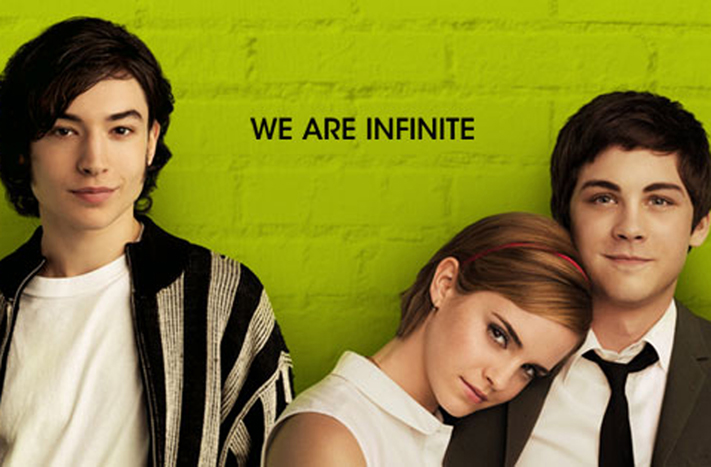 The film follows Charlie (Logan Lerman, Percy Jackson and the Olympians), a shy freshman (aka a “wallflower”) in high school, as he meets two outgoing seniors named Sam (Emma Watson, Harry Potter) and Patrick (Ezra Miller, We Need to Talk About Kevin) with whom he becomes good friends.

The movie starts with Charlie filled with anxiety as he attends his first day of high school. He repeatedly counts down the days left in school, murmuring mantras to himself like “Only 1305 days left.”  At a football game, Charlie meets Patrick, along with his step-sister Sam. After the game they leave together in Patrick’s pick-up truck, and it is at this point that their friendship truly begins to blossom, leading Charlie on an adventure that takes him out of his stupor and into the spotlight of everything the world has to offer.

For the first time, Charlie experiences the life of a normal teenager, which includes such teenage amenities as drugs and alcohol. As the plot continues, it is revealed that Charlie’s introverted behavior is because of his memory of certain tragedies in his past, and that Sam and Patrick have some past troubles of their own.

However, these same flaws are the reason why the film and book resonate so well with teenagers. The situations in the story, although sometimes outrageous, exhibit emotions that are commonplace as young adults struggle to define themselves in the unforgiving environment around them.

The Technique got the chance to meet with the author/director Stephen Chbosky as he answered some questions during a press table. When questioned about his inspiration behind writing the story, Chbosky revealed that his feelings behind the plot came not from any particular experience, but from what he had learned from life experience, which he summarized with one phrase: “Everyone wants to be loved.”

On the insistence of Chbosky, The Perks of Being a Wallflower was given a PG-13 rating so that as many audience members as possible can experience it. Both the book and the movie are meant to be inspirational to viewers, and the characters are meant to be a source of connection for the audience. Though it does not have the R rating, the movie still touches upon many adult themes.

With Perks, the movie’s successes are not limited to great writing. It also has great technical  film aspects. Music is a crucial part of the story plot, and it was no wonder that the background music played an important part in carrying the emotion of the story along as well.

When Charlie is facing great emotional turmoil, the music chosen is more dissonant and even cuts out at certain points. Other notable creative technical aspects include intermittent, quick flashbacks of Charlie’s memories, which convey the anxiety Charlie feels when he finds himself in similar situations.

Though the film has many near-perfect qualities, there are several noticeable flaws. Many of the supporting characters are not well developed, in spite of continuously appearing alongside the main characters. It gets to the point that their names and existence are completely forgotten until one of the main characters acknowledges them with the occasional update, leaving the audience wanting more about them  and their flaws.

On the whole, the movie is well produced, meeting a variety of audiences half way. Those who have less understanding of both the book and the history of the author will enjoy the humor and drama-filled storyline.

To others with a more emotional and personal connection to the book, the film will definitely hit some soft spots as it brings the book to life. It allows viewers to feel like a different person as they leave the theater than when they first entered. Either way, the visually and emotionally compelling treat that is The Perks of Being a Wallflower will leave the audience feeling infinite.