It has been over two years since his last album release, but Brendan James is officially back and more impassioned than ever to have his voice heard. After a summer of “soul-searching” in 2011 during which he contemplated giving up his musical aspirations, James followed his heart and poured his emotions into his latest record, Hope in Transition. This album has been called James’ “most hopeful and invigorating collection of music in his critically-acclaimed, seven-year career.” The Los Angeles-based singer-songwriter answered some questions for The Technique about his current collection, his influences from the past and his hopes for what is to come. 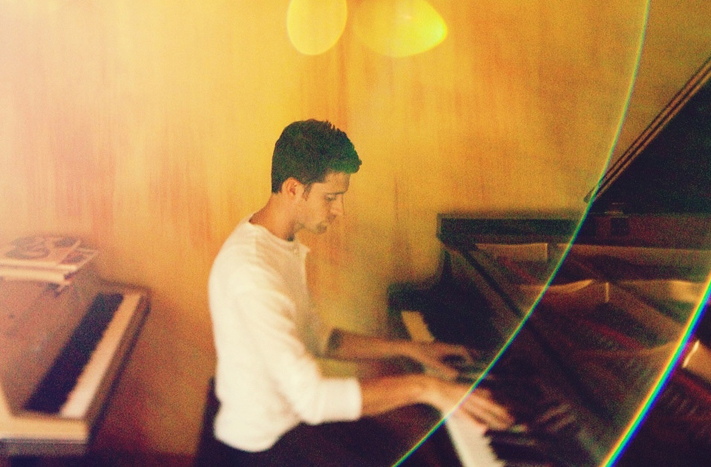 You’ve mentioned that the title of your latest album, Hope in Transition, was inspired by the transition you’ve gone through over the past year, particularly concerning your decision of whether or not to give up music entirely. How have you changed as a person and as an artist?

It’s hard to explain the difficulties of the musical pursuit without sounding cliché. The constant travel and the high demand placed on an artist for the commercially viable manifestation of their gift can be soul-devouring. I was in need of a complete recalibration, and 10 months later, I answer this question as a stronger, calmer, more creatively centered person, who feels his best material may lie ahead, not behind.

Even while pursuing a music career—and interning in Hollywood—you were able to acquire a degree in Communications from the University of North Carolina. During college, where did you think you would be today and how confident were you in your decision to enter the music industry?

In college, I had no idea where I would end up. I was merely riding the wave of blind ambition, pursuing a concept more than a plan. I attribute all success I’ve had to diving in fully: mind, body and soul. It wasn’t until I was in my late twenties that I thought musical success would be a reality.

What can fans expect to hear on Hope in Transition, and how is it different from your previous albums, The Day is Brave and your self-titled sophomore album Brendan James?

My latest album is a bit fresher, more upbeat than [the first two], I guess. I put a great deal of effort into songwriting and production this time around…while tackling similar themes of love, hope, and interconnectivity. Basically, I hope the kids like it, and their parents think they have good taste.

What is your personal favorite track from the new album and why?

I would say “Younger Days” if I had to choose. Like many of my favorites, it was a song that came from nowhere, presented itself to me in the span of a few hours, and struck the band and producer as truly fun to record. It also brings me back to my most innocent and memorable days—days to never be rivaled.

Throughout the past few years, you have toured with numerous popular artists such as John Mayer and Matt White to name a few. Who are some of your musical role models?

Paul Simon for his whimsically brilliant lyrics, Elton John for his soulful melodies, Paul McCartney for his song structure and risk and Eva Cassidy for her delivery.

What do you think the future holds for you?

I’m excited about the music I plan to record in 2013, and the touring that will follow. But who knows? I certainly haven’t reached my true potential yet. I’ll know when I have, and hopefully a few others will too.

James continues his “Hope in Transition” tour when he comes to Vinyl in Atlanta on Sept. 19. Touring with James are two up-and-coming artists, Brian Jarvis and Risa Binder. Tickets are $15 at the door and $12 in advance. James’ piano-infused sounds are guaranteed to entertain, and the inspiration behind the lyrics makes this artist’s new album one to watch.