It is the mid-1920s and although alcohol is illegal, it is not hard to come by thanks to bootleggers like the Bondurant brothers. Forrest (Tom Hardy, Inception) is the eldest of the three, a legend among the locals of Franklin County, Va. Howard (Jason Clarke, Public Enemies) is the muscle, and Jack (Shia LaBeouf, Transformers), the youngest, is the driver. The three make a modest living, but their way of life is threatened when city cop Charlie Rakes (Guy Pearce, Memento) moves to cut in on the local moonshinine business. While most are content to pay their dues, the Bondurant brothers make a point of taking a stand against the would-be invader.
[media-credit name=”Weinstein Company” align=”aligncenter” width=”646″] 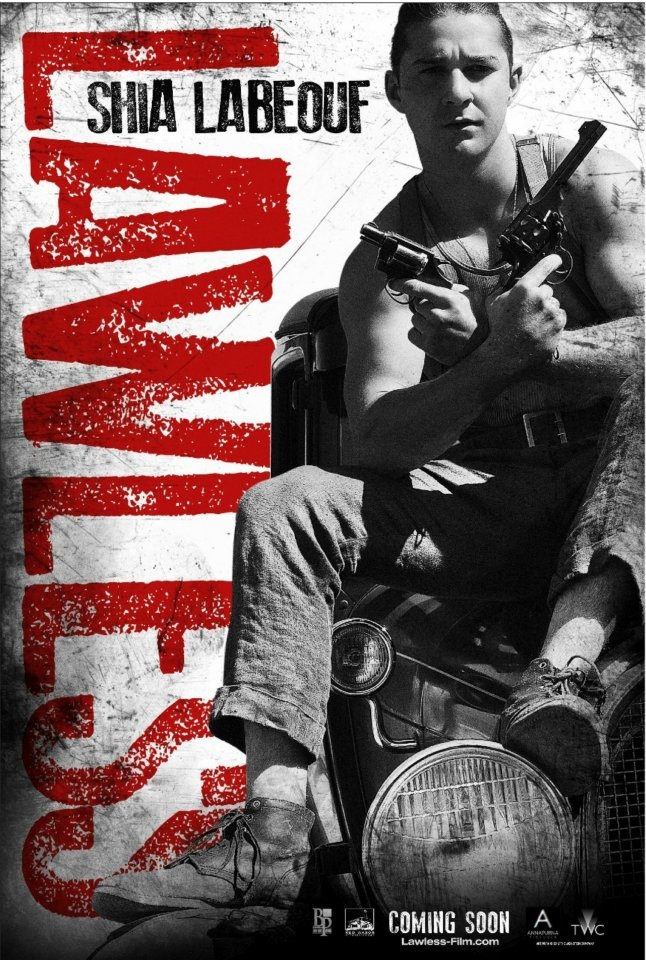 From here, the plot is fairly predictable without much regard for a coherent and engaging sequence of events. LaBeouf’s character serves as the story’s narrator and main protagonist: the troubled young man who gets in over his head while trying to act tougher than he really is. Coincidentally, this is the same archetype he played in all of his other movies. Along comes a girl to impress, pin-striped clothes to show off, a best friend to take for granted and an undeserved air of superiority. It suffices to say that by the end of the movie the audience doesn’t care about Jack, as his existence is forgettable.

On the other hand, Hardy and Pearce provide powerhouse performances that, by themselves, almost justify watching the film.

Forrest Bondurant is the apotheosis of the strong, silent type, always straight and to the point. A man of few words who mumbles more than he speaks, he says more during the opening scene than he does through the rest of the film. Some locals think he is immortal, an idea he believes himself.

Rakes is sly and subtle, an underhanded fellow who will get his hands dirty, but not his suit. Taking the time to adjust his collar and cuffs as he beats someone senseless, he makes it clear that he is a man whose cruelty knows no bounds and whose sheer presence is unnerving.

The film’s real strength, however, is in the portrayal of a time period. Director John Hillcoat recreates a look and feel fitting of the Prohibition era.

This is not a film for the faint of heart. Racial and social distinctions are made commonplace, fights are started often and no hour of the day is too early for drinking. Instead of being candy-coated with special effects, high intensity scenes are shot with an eye for excruciating details and authentic grit.

A number of characters find themselves in pools of their own blood. One scene in particular thoroughly demonstrates the slitting of someone’s throat, cutting back to their writhing body gasping for air several times over the next few minutes. Repeated blows to the face are made to look like they hurt, and gunshot wounds are typically lethal. The monologue is nonexistent.

In spite of a bland protagonist and a story without real weight, a few memorable characters and a respect for the setting’s authenticity manage to make this a worthwhile experience. An uncommon take on a gangster movie, Lawless has a just enough western mixed into its formula it to keep the audience interested. Tom Hardy brings plenty of laughs, Guy Pearce gives more depth to his character than is probably deserved, and Shia LaBeouf is Shia LaBeouf. Fans of the genre should be pleased, but anyone hoping to be wowed by plot twists or symbolism should steer clear.