Not since the Latin pop explosion of the early naughts has a sub-culture managed to gain mass attention. In the past year though, Korean pop stars and television dramas, already having spread over Asia, began to take steps into the ethnocentric American market. Hulu has already partnered with popular website DramaFever to provide TV shows within hours of their airing in Korea. 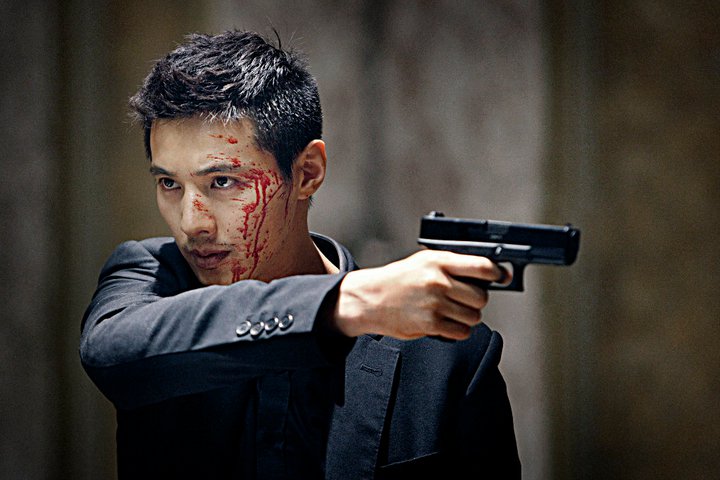 However, much like the Latin explosion years ago with Ricky Martin, Shakira and telenovelas, the K-pop wave has only thus far been for serial dramas and music. This ignores a major outlet in native countries: the cinema.

Foreign movies that gain limited or major release in the US have the unfortunate tendency to be artsy and high-minded, often ignoring, undermining or highlighting only a small part of the culture from which they originate.

Korea has had plenty of art movies released in the US from the ultra-violent, Oedipal infused revenge of Oldboy to the high-minded and difficult new take on the monster movie, The Host. However, these are not representative of what has been most popular in Korean cineplexes and do not reflect the common history or attitudes of the average Korean.

Three movies instantly come to mind when looking at Korean releases from the past few years. Each is very different, highly successful and easily comparable to a Western counterpart, but are often far better.

In 2010, the highest grossing Korean film was a man-saves-child movie in the trope of Man on Fire, or the more recent Drive. The Man from Nowhere (Ajeossi, or Mr., in Korean) stars Won Bin as an ex-Secret Service whose only friend is the little girl next door. When she and her mother are kidnapped in the dark underworld of Korea’s drug and organ dealers, he goes on a rampage to try and get them back.

While not reaching the intensity or violence of Drive, The Man from Nowhere comes close and surpasses it in humanity. It also features what is easily one of the best knife scenes on film. The Man from Nowhere demonstrates the new viability of an Asian-action film that does not rely on kung-fu or martial arts, escaping the narrowing confines of a sub-genre.

Korean dramas and music videos are known for their sad and tragic plot lines—enter 2004’s A Moment to Remember. The Korean title roughly translates to “An eraser in my head,” and like The Notebook, features a couple struggling with the onset of Alzheimer’s disease. However, in A Moment to Remember, the loss begins when the girl is only 27 and the couple is in their prime. The courtship of Chul-Soo and Su-Jin begins as a princess-and-the-pauper tale, but as the disease takes its toll, the movie quickly transitions to genuinely heartbreaking moments.

The movie takes away the convoluted love triangle of The Notebook and instead focuses on a couple in an impossible situation and how they work through it. The movie is poignant and contains plenty of tear jerking scenes, but be warned—it is the last scene that will really bring the waterworks.

The last movie, Taegukgi: The Brotherhood of War, is also from 2004. It is filled with its own share of tragedy, though this time taking on the difficult topic of the Korean War. It is easy to forget South Korea is a nation at war, but this is an issue that has ingrained itself into the psyche of any native Korean. Taegukgi: The Brotherhood of War gives a unique insight into the Korean War as experienced by those whose country it was for, rather than by the Americans pulled into it. Starring Won Bin and Jang Don-Gun as brothers forced into fighting a war they don’t understand, Taegukgi has the expanse and epic proportions of Saving Private Ryan. However, the film takes a far more nuanced approach, eschewing the expected nationalist agenda and instead presenting both sides equally.

Besides this gripping portrayal of the horrors of war, Taegukgi also succeeds as viewers see boys become men and men become monsters. Throughout the film, protagonists are held together by the bonds of family, even as they question each other’s motives for fighting.

Taegukgi is perhaps the best example of modern Korean cinema, and is easily one of the best war movies made. Both heart-breaking and awe-inspiring, Taegukgi, though fictional, offers a unique look at a damaged and broken Korea, but also mankind at its best and worst.

These Korean movies offer a brief primer into a rich and vibrant industry that is currently thriving. Though mainstream foreign movies are often ignored in favor of domestic or arthouse fare, The Man from Nowhere, A Moment to Remember and Taegukgi: The Brotherhood of War show how foreign cinema can outdo anything produced by Hollywood.

Fortunately for viewers wishing to experience Korean film,these movies have become easily available on outlets like Netflix and YouTube with subtitles. So while it might take longer to watch the films, it is well worth the extra effort.