What is the only show to span nineteen countries and five continents for twelve years, twenty-four seasons and over 320 hours of television time?

That’s right—the fittingly labeled “Mother of Reality American Television” is back. Survivor: One World premiered on Wednesday, Feb. 15, and despite incorporating the same general premise since its debut in May 2000, fresh twists and lively characters are sure to make this season an exciting one. 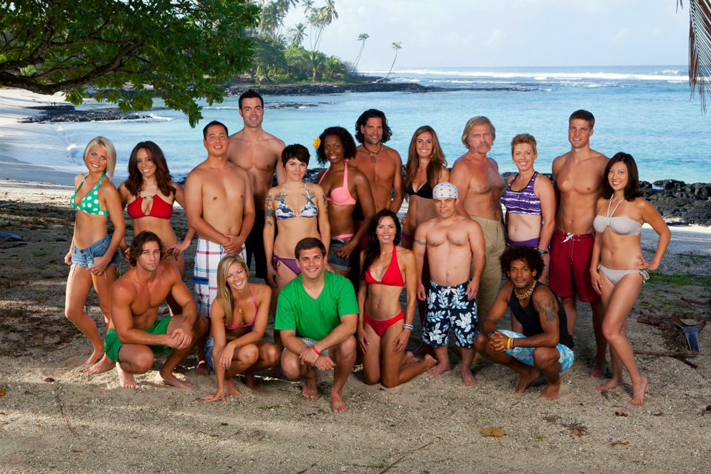 [/media-credit]At first glance, many aspects of the long-running and eternally-popular reality series have remained the same. This season is filmed on the tropical island of Samoa, with the scenery and wildlife of every scene sure to grab any viewer’s attention.

Eighteen characters are flown in, all from varying backgrounds, jobs and hometowns. Contestants initially face the challenges of catching fish, creating fire and building shelter, while the savvy contenders can be seen searching for hidden immunity idols or discussing tricky game-play.

However, beyond these consistent characteristics that bring us back to the basic roots of Survivor, multiple spins on the classic concept come into play this season: for one, the One World designation stems from the novel set-up of having the two separate, competing tribes sharing a living space. Furthermore, the tribes are split male versus female, certainly igniting the beginning of many gender-fueled incidents to ensue. Starting with the men stealing an axe from the women’s belongings and continuing with the women offering to strip down in return for help with starting a fire, it quickly became clear that both groups were self-interested and determined to outwit, outplay, and outlast—neighbors or not.

Although the first episode proves the most difficult to follow while trying to learn the names, characteristics and personalities of 18 new faces, a few dominant personalities definitely stood out and provided a glimpse into the season’s upcoming thrill and drama. From the show’s first little person, to a plastic surgeon named Tarzan, and a country girl named Chelsea — who beat all of the men to catch two chickens bare-handed — tempers erupt and unlikely friendships form. While a few of the women formed a core alliance of the physically-strongest five, the men split off into two groups of four with one interesting character as the sole swing vote. This man, Colton, quickly bonded with the women and even made plans for future tribal councils, saying, “We’re going to cut their throats faster than Taylor Swift will write a song about an ex-boyfriend.”

Of course, the newly-implemented “battle of the sexes” approach inevitably generates some negative aspects that hinder the competitive flow of the game. As can be seen in the first immunity challenge—even though a broken wrist caused a premature ending—the challenge course seemed simplistic, short and overly-one dimensional. Perhaps the producers are attempting to neutralize any physical advantages that the men may possess, which negatively impacts viewers awaiting an exhilaratingly demanding contest.

All in all, the upcoming season of Survivor looks to be one of the best in recent history. Gone are notions of Redemption Island or bringing back returning players—both of which distracted from the essential core of the strategic game. One World is sure to add to the explosive arguments that typically develop, since the tribes will be competing not only in physical competitions but for food, supplies, immunity idols, and more. Stay tuned, as it looks like an entertaining ride to the finish line.