The world’s largest student film festival, “Campus MovieFest,” came to Tech this past week with the challenge for students to create a movie of under five minutes and on any subject, in only one week. Dozens of teams took up this challenge, and on Wednesday, Feb. 8, the top 16 films were shown in the Ferst Center during the awards ceremony. 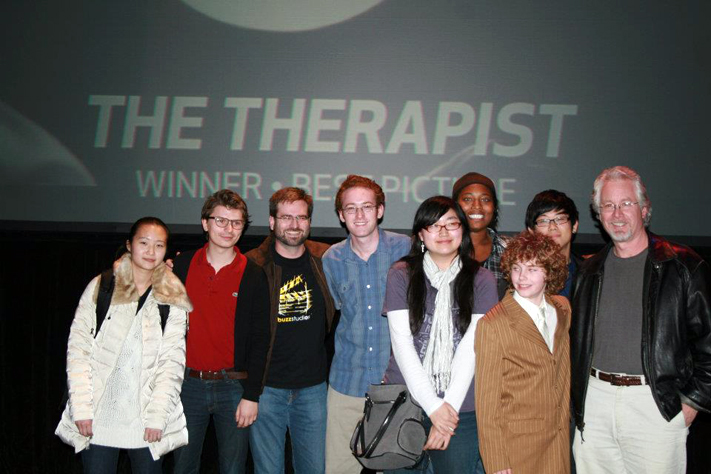 [/media-credit]Campus MovieFest was started at Emory University back in 2001 by just a single group of students, and has since blossomed into a worldwide event, complete with more than 500,000 participants. Students are provided with camcorders and Apple laptops in order to create their films in one week, and the teams with the best films from each school move on to the final Campus MovieFest awards ceremony in Hollywood, California. Tech has been participating in this festival for several years now, further proving that this college has far more to offer in terms of creativity than expected of just a bunch of engineers.

This year, the top films varied among tales of tragic love, suspenseful noir, and comical antics. Titles included Instructional Opposition Disorder, Take Care, or the simple Rick.  To give an example of the absolute creative freedom of subject choice granted to these students, one movie features a pair of college students preparing to escape from the police by building an enormous paper airplane, while another simply showcases the journey of a single sock around campus. After all 16 films were shown awards were given out for Best Actor and Best Actress, as well as for highest rated films in each genre (with these winners moving on to the next step of the competition in Hollywood).

The award for Best Actor went to upperclassmen Cary Horan for his role in the film Paper Airplane, in which he played one of the hilariously desperate students trying to evade the capture mentioned above. Louella Lugo received the award for Best Actress for her comical role in the film Elevator Experiences, which depicted all the awkward moments that arise while riding an elevator. Surprisingly, both of these performers were awarded for their roles in comedy, which rarely seems to happen in more mainstream events such as the Academy Awards. Both Horan and Lugo were voted on by a group of students and faculty, as were the highest ranked films in the categories of Best Drama, Best Comedy and Best Picture.

The award for Best Drama went to the heart-wrenching Take Care, a film that depicted the loss of a loved one and the events that follow. Best Comedy went to Paper Airplane, which as a result received the most awards of the night. And finally, the prestigious award of Best Picture went to the drama The Therapist, which included the youngest actor of all the top films as well as a remarkable animated sequence that no doubt helped put it a step above the competition. All three films and their teams will have a place in the Hollywood competition, and as an added bonus, The Therapist will be shown at the world-famous Cannes Film Festival in Paris later this year.

As for the films that did not receive any awards this time around, there is still some hope. The top 16 movies are viewable on the Campus MovieFest website, and the movie with the most views by March 8 will receive the Wild Card Award, and will proceed on to the Hollywood events. As of press time, Take Care is in the lead with over 1,900 views, but only time will tell which film will land that coveted ticket to the next level of the competition.