Tobin Frost (Denzel Washington) is an ex-CIA operative gone rogue. Once the best of the best, he now makes a living selling classified intelligence to the highest bidder. However, upon obtaining a particularly sensitive set of files during a rendezvous in Cape Town, South Africa, he turns himself in at the American embassy to avoid assassination. 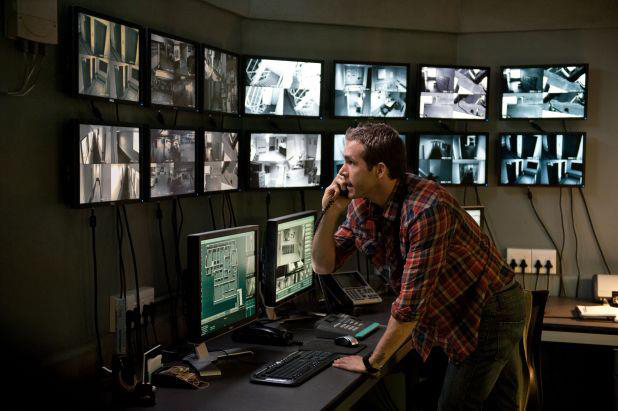 [/media-credit]In comes Matt Weston (Ryan Reynolds), the agent managing the safe house that Frost is transferred to, and just in time to liven things up—earlier Weston is seen begging for a transfer in the hopes of finally seeing some action. There’s an interrogation scene that is abruptly interrupted when a group of mercenaries burst in to retrieve Frost and the intel at his disposal. Weston manages to escape with captive in tow and the two struggle to survive their pursuers and outwit each other.

From here on, scene after scene of non-stop action that snowballs in intensity occur, each preceeding one gorier than the last. There are no superhero moments here: the endless amounts of ammunition, miraculous dodging of bullets at point blank or even the “I know I’ve just been shot, but give me a piece of cloth to tie it with and I’ll be fine for another half hour as I’m bleeding out” moments expected of most action films. Instead, shootouts and fight scenes are given a surprising sense of realism as characters respond to fatigue and succumb to injuries. Through some well-timed quick cuts, fights can actually be followed without getting lost in close-ups and blurry movements. There’s also something to be said for the effective use of sound effects to jolt the audience during moments of high-strung intensity.

Unfortunately, most audiences will be ultimately dissatisfied by the film’s shallow and predictable plot. Sufficing to say that if every possible action and espionage cliché were thrown into a blender, the resultant mess of a screenplay might actually be better than Safe House.

While the action scenes are well executed, everything in between is a mad-lib of clichés and red herrings, including everyone is everyone’s enemy, nothing is as it seems, and of course nobody can be trusted. The result is that audiences know exactly who can be trusted and the distractions do little but test the mood and attention spans of viewers.

Granted, Safe House sports an impressive cast with two excellent leads: Washington portraying a calm and collected Frost whose actions and expressions speak volumes more than his words and Reynolds contrasting strongly as Weston, the unfortunate guy caught completely out of his element as he struggles just to keep his head above water.  Not even powerhouse performances, however,  can redeem a movie with as little character and plot development as this one.

Long before the credits roll, it is obvious how this movie ends, and most will walk away dissatisfied. There’s hardly any substance to be found here, so Safe House is only suggested for huge fans of the leads or those who have an unwavering devotion to even mediocre action films.