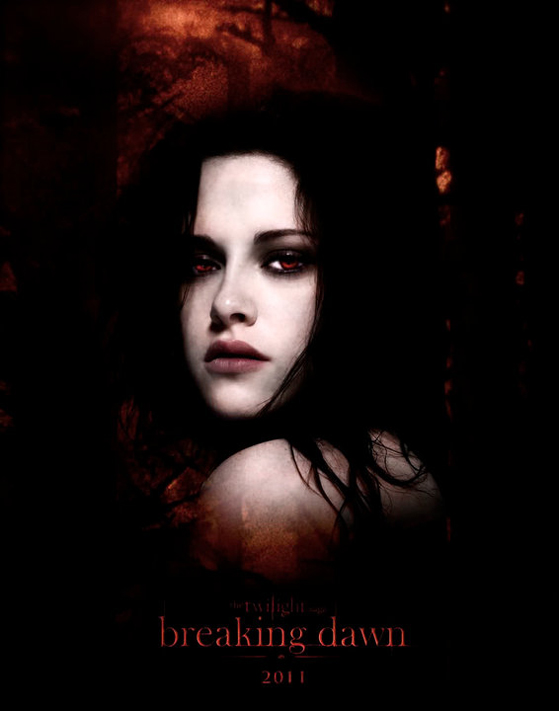 Breaking Dawn: Part 1, the latest film from the Twilight franchise, hit theaters on Nov. 18 to the everlasting excitement of pre-teen girls around the globe. The vampire craze that has sunk its teeth into this nation has managed to produce yet another film, and even though Dawn has newcomer Bill Condon as a director, it certainly lives up to the impressive standards set by the previous three movies.

Returning for this installment are Kristen Stewart (Panic Room) with the role of the human Bella, Robert Pattinson (Harry Potter) with the role of the vampire Edward, and Taylor Lautner (Abduction) with the role of the werewolf Jacob. Incredibly, Stewart manages to use not only two but three different facial expressions this time around, an all-time high for this damsel in distress. Pattinson’s hair once again defies gravity, but much like that of the other cast members, his acting falls a bit below sea level. Lautner’s voice is still prepubescently high.

New to the cast this year are a baby-on-board and a taste of melodrama that has reached extraordinary heights. That’s right: for those poor few of you who missed out on the preview for Dawn, Stewart’s character of Bella is indeed pregnant. As a result, the entire second half of the movie focuses on the strangest pregnancy Hollywood has put out in a long time.

Aside from the baby story line, tempers are rising in the town of Forks. The clan of roving werewolves has once again come to the conclusion that they cannot live in the same solar system as a vampire, and set out to destroy Edward’s family once and for all. The vampires respond the way they always do: run really fast and maybe even hiss a little bit. Caught between these two warring factions is the werewolf Jacob, who by now owns a prime bit of real estate in the friend zone due to Bella constantly choosing Edward over him. Loyalties are tested and friendships are formed, all to the tune of an indie soundtrack that is so hilariously unfitting that the audience may begin to wonder if they have accidentally bought a ticket for the sequel to Juno instead.

Despite what any naysayers may say, in no way should this movie be counted out a waste of money, time, or brain cells. No, in a world where solid entertainment may be hard to come by, The Twilight Saga: Breaking Dawn: Part 1 is by far one of the most amusing comedies to grace the big screen in a long while. Be you Team Edward, Team Jacob, or Team Guy-Who-Almost-Hit-Bella-With-A-Car-In-The-First-Movie, Dawn is a must-see collection of everything the Twilight franchise stands for.