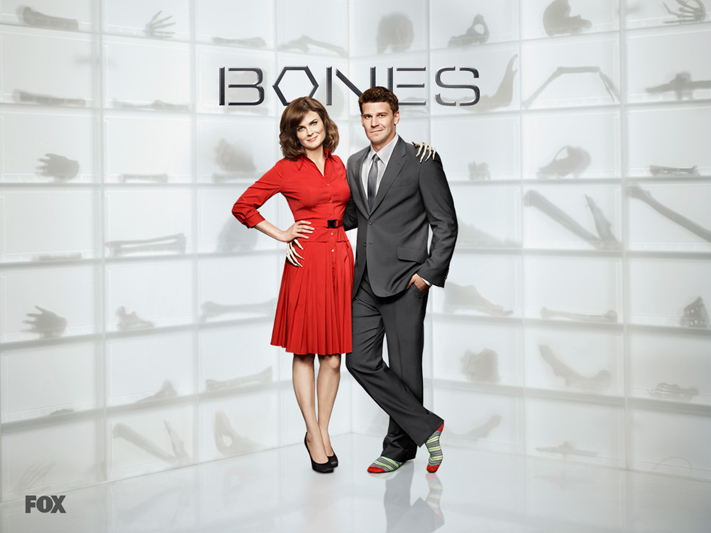 Bones is a crime drama television series that airs on Fox Network. Its premise is based on the unlikely pairing of FBI Special Agent Booth, played by David Boreanaz, with forensic anthropologist Dr. Brennan, played by Emily Deschanel. Each episode involves an investigation of a set of human remains. The show is known for its mixture of science and humor as well as the evolving relationship of the show’s two main characters, Booth and Bones, and the Season 7 Premiere “The Memories in the Shallow Grave” is no exception.

Season 7 premiered with “The Memories in the Shallow Grave” this past Thursday to very high ratings. The episode revolved around the investigation of the death of a woman with a history of amnesia. Her corpse was found buried in a paintball course, halfway decomposed. While the investigation revolves around this discovery, the bulk of the episode focuses on relationship drama between Booth and Dr. Brennan, or Bones. Bones is pregnant with their child, but has some reservations about moving in together or making their relationship official.

While it was certainly understandable that someone would have reservations about moving in or taking a relationship to that next level, it definitely felt a little ham-fisted because of how many times she voices her hesitation throughout the episode. Each emotional conflict was driven home relentlessly, and was frankly a little insulting to the intelligence of the viewers.

Additionally, this show’s concept of science only works if you have little idea how science actually works. Their scientific investigations consist of waiting for a computer screen to magically display the answer, and we all know our real life criminal investigators are working a lot harder than that.

In this episode, the workplace seemed more like a necessary setting to further the personal relationships of the show’s main characters, mainly Booth and Bones. Even the supporting cast is more of a means to that end, with co-workers constantly asking for status updates on their relationship in order to move the plot along. Booth’s co-worker is conveniently very interested in his love life, constantly asking him what is new; it definitely felt over done.

Not to mention the fact that the conclusion to their investigation was very anti-climatic. They relied on one trivial piece of evidence to hold their whole conclusion together, and the accused does not offer a satisfying reaction to the fact that he is being arrested, hardly batting an eye.

The only commendable part of this show could be their makeup and special effects department. The rotting corpse looked extremely believable, down to the gross beetle-infested brain and peeling skin. These gruesome decaying bodies are certainly a huge ratings draw for this show.

Overall, this show offers some decent entertainment if you are willing to turn your brain off for an hour. The special effects are interesting and realistic, and there are certainly a few humorous moments. While the science was overly simplified and the personal conflicts ham-fisted, fans of the show who are invested in these characters will enjoy watching them develop.