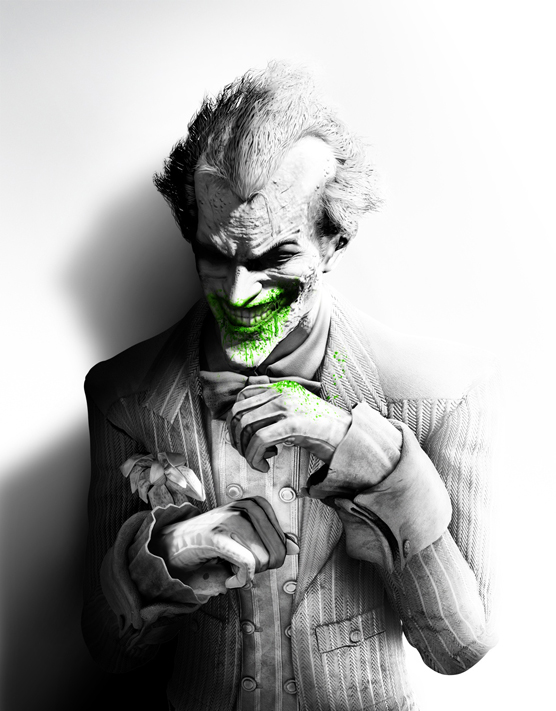 In 2009, Rocksteady Studios brought us Batman: Arkham Asylum, easily the best superhero game of all time; that same year, they announced the development of Batman: Arkham City. The highly-anticipated sequel hit the shelves last week, and it was well worth the wait.

The story picks up a year after the events of its prequel. Mayor Sharp has partitioned half of Gotham to serve as the new home for the residents of Arkham Asylum and Blackgate Penitentiary, dubbing it Arkham City.

While protesting the new facility, Bruce Wayne is apprehended mid-speech and thrown into Arkham as well.

A brief conversation with Professor Hugo Strange reveals that not only does he know about Bruce’s alter ego, but also that he plans to execute “Protocol 10” by the end of the night.

After you complete a disguised tutorial, Alfred airdrops your costume and gadgets so you can begin prowling the place as the Batman to find out what “Protocol 10” actually is.

In spite of a few minor kinks, the overall graphics are stunning, but while the cut scenes allow you to experience the more minute details and textures put into the characters, the real beauty is in the environment.

From the oppressive buildings to the littered streets, the game’s cityscape provides a dark, gothic feel that simply fits, making it almost impossible to grow tired of exploring all of Arkham’s nooks and crannies.

You’ll need to, of course, because among the game’s massive amount of content are the Riddler Challenges, more than 400 of which are scattered across the city, as well as 24 challenge maps through which you can hone your skills and compare your performance to others’.

From Azrael to Zsasz, Arkham City includes just about every villain you can think of, and most of the ones you don’t find in the main storyline have a set of side missions dedicated to them instead.

While all the characters are excellently voiced, Batman and Joker especially, the sound effects and score are nothing to scoff at either, meshing nicely with the visuals.

The game play itself is superb, providing us with a seamless combat system that never dulls and a detective mode that grants you perks ranging from tracking conversations to deducing bullet trajectories.

True to the Batman moniker, you have an arsenal of stealth tactics, martial arts moves and high-tech gadgets at your disposal, all easily accessible via hotkey. Most impressively, the game allows you to truly experience what it means to be Batman: gliding and grappling your way through the city and quickly having to assess and dispose of threats as you encounter them. Nothing was quite as satisfying as taking down a dozen or so thugs with just about everything in my Wayne-Tech repertoire.

All the gadgets in Asylum are with you from the get-go, albeit improved, but there are new ones to master as well, like the Remote Electrical Charge. My personal favorite was the Batclaw, which can combine pinpoint disarmament into some brutal combos.

Best of all, Arkham City includes a feature called New Game Plus, which allows players to run through the game again while preserving all their gadgets, upgrades, and Riddler Challenge progress.

Not only are the baddies’ loads tougher, but the counter indicator is also removed, allowing hardcore gamers the challenge I know they’ll be craving for after cruising through their first run. Having already beaten the game, I have nothing but praise for it, and I am well into my second play through.

Everything that made Arkham Asylum so great has been tweaked and fine-tuned to perfection in Arkham City, and there are plenty of nods for comic book fans to appreciate.

Those who have played Asylum will find the combat system familiar, but filled with plenty of new features to spice it up. I would suggest buying sooner rather than later, but make sure to buy a new copy if you can afford to, as it comes with the Catwoman DLC.

Of course, even without it, there’s more than 40 hours of game play to vouch for the boat loads of content you’ll be able to enjoy.