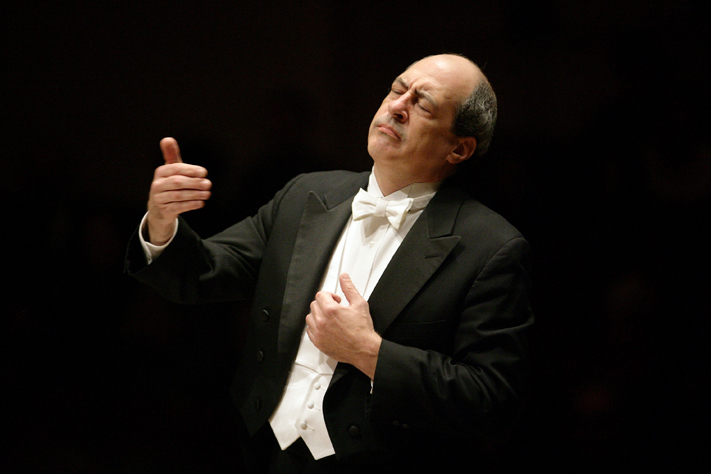 As the holiday season approaches, one expects the average orchestra to begin winding down in preparation for holiday concerts and shows. However. the Atlanta Symphony Orchestra (ASO) is not like other orchestras. In the past week alone they have released a new recording and performed a U.S. premiere of a new piece led by David Coucheron, who joined as concertmaster last year.

From Oslo, Norway, the then 26-year-old was the youngest concertmaster in any major U.S. orchestra. In the year since, he has proven himself not just as a concert violinist, but also as a leader of the whole orchestra.

Having trained at the Curtis Institute of Music, The Julliard School and Guildhall School, earning separate degrees at each, and touring the world playing violin, Coucheron was already an experienced soloist before coming to Atlanta.

“A lot smoother than expected or hoped,” Coucheron said his transition to concertmaster, citing his colleagues’ friendliness and professionalism as key factors, “It is more about what we’re playing.” He acknowledges the importance of collaboration with those both below and above you – regarding conductor Robert Spano, Coucheron says he has learned a lot and claims that a positive conductor-concertmaster partnership is “instrumental” to the success of an orchestra. He does, however, recognize the pressures on a leader, saying sometime you just “got to man up.”

Under Coucheron’s leadership, the ASO debuted composer Esa-Pekka Salonen’s latest work “Nyx.” Though the Finnish Salonen is perhaps better known for his conducting, he is also quickly gaining fame for his modernist compositions. Salonen himself describes the piece as “very delicate and light”—the name “Nyx” comes from the Greek goddess of the night. As with most modern works, expect the unexpected; rather than clear, united melodies, listen for complex layers between the sections.

For the premiere of “Nyx,” Coucheron is excited to see the orchestra’s work come together. As a new piece, it is unfamiliar to both audiences and musicians which makes it harder to get together. However, whether new or old, pieces are “always a challenge” and “you play the best you can,” whether creating or fulfilling audience expectations, according to Coucheron.

From a preview rehearsal all this and more can be anticipated from the ASO’s debut led by conductors Robert Spano and Coucheron. The piece features extensive and complex pizzicato from the  entire string section which come together with the winds and brass in huge crescendos.

Also, not seeming satisfied with the already numerous sections, Salonen’s piece will occasionally split sections within themselves, adding even more layers of complexity. At 17 minutes, the piece is short, but it is not to be missed. Though first played last, the night the orchestra will reprise their performance tomorrow evening (Oct. 29).

Alongside “Nyx,” the ASO will also play Rachmaninov’s symphony “The Bells” and Scriabin’s “Poem of Ecstasy.” “The Bells,” as a choral symphony, features vocal soloists and the Atlanta Symphony Orchestra Chorus and should prove quite impressive. Rachmaninov based his work off of a Russian translation of Edgar Allan Poe’s “The Bells.”

So expect some darkness and mystery in addition to the grandeur. This will precede the “Nyx,” while Scriabin’s piece, also a more modern piece, will follow the premiere.

ASO’s schedule is not slowing down anytime soon. On Nov. 5, ASO will be traveling to New York City to perform at Carnegie Hall, where they will show off their own premiere soloists. The program will be the same as the above, though “The Bells” will be replaced with Rachmaninov’s Piano Concerto No. 3 featuring pianist Garrick Ohlsson.

Ohlsson is featured on the Atlanta Symphony’s latest recording, released this past Tuesday, Oct. 25, through the orchestra’s new label, ASO Media. The recording consists of the aforementioned Piano Concerto and Rachmaninov’s Symphonic Dances.

In the coming weeks, the orchestra will continue to play weekly concerts, each unique and spectacular. Of particular note is the Brahms’ Double Concerto playing Nov. 10, 12 and 13. The concerto will feature concertmaster David Coucheron and principal cellist Christopher Rex.

To the college student who thinks they would rather not listen to classical music, “it’s awesome,” said Coucheron, but more seriously, “They should experience it more. It’s easy to underestimate the importance [of classical music].”

If students choose to attend more ASO events and concerts, they will be sure to agree.