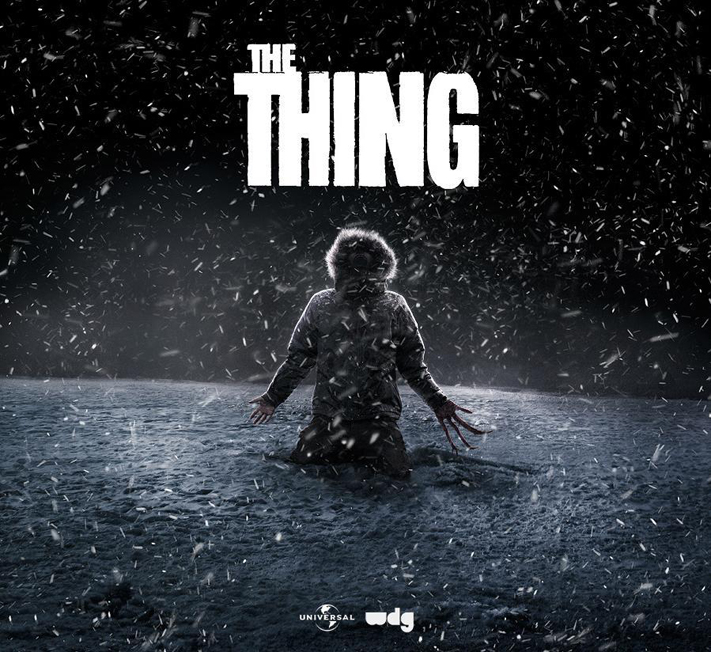 Instead of just another remake like the countless ones Hollywood seems to be churning out lately, Matthijs Van Heijningen Jr. decided to mix it up a little by making a prequel to John Carpenter’s 1982 horror classic The Thing. Wisely, Van Heijningen chose to stay painstakingly true to the original, replicating everything from the chilly setting to the eerie and claustrophobic feel. The result is an entertaining prequel that fits in perfectly with the original.

John Carpenter’s The Thing was actually itself a remake of the 1951 film The Thing from another World by Howard Hawks. Based on the sci-fi novel Who Goes there? by John W. Campbell Jr., this film encapsulated the feelings of paranoia and suspicion rampant in the Cold War era. Carpenter’s version was not embraced, initially seen as a bloodbath that was excessive in its gory special effects. However, over time it has attained a cult status among horror buffs, and its special effects are lauded as ground breaking and brilliant.

The basic premise of Carpenter’s The Thing is an American research team isolated in Antarctica one day receives an unwelcome visitor in the form of a husky dog. The dog is being chased by two deranged Norwegians from a neighboring research camp determined to kill the dog at any cost. Because of their fanatical behavior and wild shooting the Americans kill the Norwegians and decide to investigate their research camp.

At the Norwegian camp they receive a gruesome surprise. It is almost completely burned to the ground, with the aftereffects of bloodshed and struggle apparent everywhere. They also find a mangled alien body that appears to possess two human heads. They decide to investigate what the Norwegians were investigating, and end up discovering a crater left by a huge alien spaceship.  Chaos ensues as they quickly realize that the alien is still alive and feeding on them one by one, mimicking the appearance of each human it kills.

Fans of Carpenter’s horror flick always wondered what exactly happened at the Norwegian camp before the Americans got there.  Enter Van Heijningen with his prequel and you have the answer. His film stars Mary Elizabeth Winstead as Kate, a young paleontologist who is recruited by Dr. Sander Halversen, played by Ulrich Thomsen, and his assistant Adam, played by Eric Crhistian Olsen, to join a Norwegian scientific team that has discovered an immense space ship buried under ice in Antarctica. They also discovered the frozen corpse of an alien a short distance away.

As they start examining the frozen alien body it becomes apparent that things are not quite right. First the alien breaks out of the block of ice and it violently attacks one of the members of the Norwegian team. They are able to burn the alien as it is ingesting its victim, but when the perform an autopsy Kate discovers that it is beginning to mimic the victim’s cells.

Exactly like in Carpenter’s version, tensions rise as the crew realizes that not everyone is as they appear. They begin to distrust one another and question everyone’s motives. Paired with the claustrophobic setting of an isolated camp in Antarctica, it really is the perfect formula for a horror film.

Joel Edgerton plays American pilot Carter, who helps Kate as she is forced to take charge and restore order as panic threatens to overtake the Norwegian camp. Similar to Carpenter’s film, she comes up with the idea of a blood test in order to identify who is human and who is alien. While Van Heijningen does follow a similar plot structure to Carpenter, he finds new ways to approach certain topics and incorporate new ideas, such as the human verification test Kate comes up with after the initial blood test is disrupted, exactly like in Carpenter’s The Thing. Her idea is novel yet still fits in perfectly with the original.

Fans of the original will enjoy linking the two films; Van Heijningen does a fantastic job of making the two films continuous. Everything from the placement of an ax in the wall in his film is identical to the way the Americans find the Norwegian camp in Carpenter’s version. Knowing how each body will be found adds a sense of dread to the prequel.

Overall this film is a great and entertaining addition to Carpenter’s The Thing. Van Heijningen constructed it to fit in perfectly with the original, and it really does. Fans of the original will enjoy this prequel, and should definitely stick around the ending credits for an added bonus.