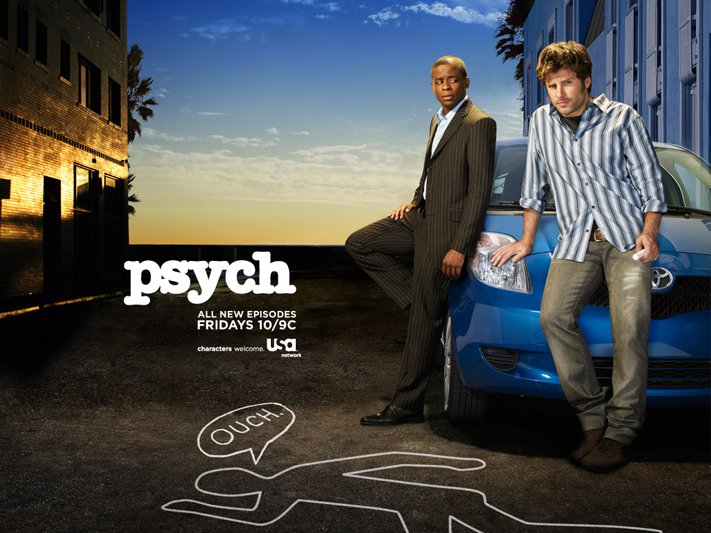 Last week, Psych kicked off its sixth season with “Shawn Saves Darth Vader.” The episode opens with Shawn crashing an ambassador’s party to get back his client’s “pristine 1978 Darth Vader with a double-telescoping light saber.” In the process of escaping, Shawn hides underneath a bed only to find a dead body. To avoid admitting he was at the party, Shawn takes it upon himself to receive an incredibly specific premonition, including an address and exact description of the body; meanwhile, Lassiter begins drilling Juliet over her new relationship with Shawn.

Without revealing too much, it is a murder mystery series after all, some of the episodes highlights involved a “defective” lie detector and the blatant misuse of diplomatic immunity. Malcolm McDowell, the featured guest, delivers as the aforementioned British diplomat. However, while all of Psych’s key ingredients, the fast-paced tomfoolery and obscure pop culture references, were accounted for, it still seemed somewhat lacking. While the episode title clearly alludes to Star Wars, there were only two scenes that made mention of it. As a stand-alone episode it’s as good as any other, but, with all the hype that comes with a season premiere, much more was expected. It was as though the show was in the middle of a season, not starting a new one.

That aside, there were some great questions thrown out there that I can’t wait to see answered, key among them “How will Shawn and Juliet’s relationship change now that it’s in the open?” and “How long can our dynamic duo maintain the psychic charade?” With episodes this hilarious and a guest list including Wayne Brady, Joey McIntyre, William Shatner and Molly Ringwald, there will be plenty for Psych fans to look forward to this season.