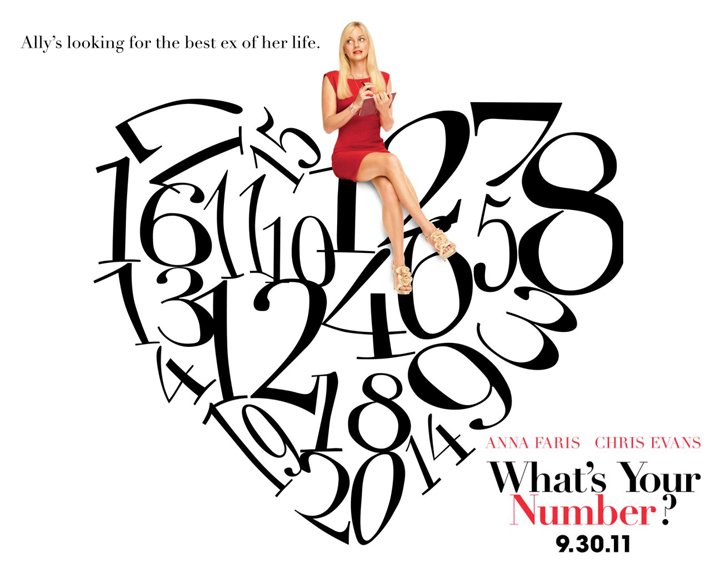 Faris plays Ally Darling, a young 20-something who just can’t get the dating game right. Her unceremonious firing from her job as well as her younger sister’s impending marriage forces Ally to reevaluate her life, which she does in a hilarious way.

The premise of this movie is based on all the superficial advice and statistics women’s magazines constantly pound into our heads. In this case, Ally falls prey to a ridiculous and sexist article that boldly claims that the average number of sexual partners a woman has in a lifetime is ten, and that if a woman has more than 20, they will be deemed unmarriageable by decent men.

This news sends Ally into a tailspin since she has slept with 19 men so far, so she firmly resolves that the next man she sleeps with will be the man she marries. Unfortunately, a one-night stand with her creepy boss completely ruins that plan, so Ally resolves to track down her 19 ex-boyfriends and to marry one of them.

To help her with this mission Ally enlists her gorgeous neighbor Colin, played by Chris Evans, who is a playboy and also conveniently happens to specialize in tracking people down.

Hilarious antics ensue as Ally dons everything from costumes to fake accents in her quest to find true love.

Farris is hilarious as the clueless but determined Ally. Her comedic timing is spot-on, and her quirky delivery makes every situation even funnier. Chris Evans also delivers the laughs as the charming playboy with a heart of gold; be prepared to fall in love with him if you haven’t already.

The ex-boyfriends are played nicely by a variety of talented actors including Thomas Lennon, Dave Annable, Anthony Mackie and Martin Freeman. Anna Faris’s husband Chris Pratt plays Disgusting Steve, one of her more memorable ex-boyfriends, and his appearances are a running joke throughout the movie.

What really makes this film work is the undeniable chemistry between its leads Anna Faris and Chris Evans.

It is completely natural and entertaining to watch them plan lazy days or banter back and forth. You really feel as if you are watching a real relationship develop, unbeknownst to the characters themselves.

Overall, this film provides an enjoyable and entertaining experience for any romantic comedy lover.