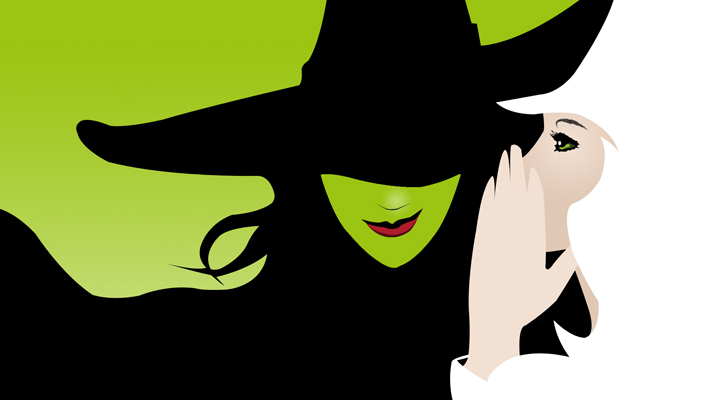 Wicked, the famous Broadway musical will grace the city of Atlanta once again. Back after three long years, Wicked will be at the fabulous Fox Theatre until Oct. 9. From the time it began in the Fall of 2003, Wicked has been seen by nearly six million people just on Broadway. Wicked is the winner of a substantial 35 major awards, including a Grammy and three Tony awards. It has seven productions worldwide including in cities such as London where it has been a sold out show for five years.
Wicked is the ingenious retelling of the childhood classic The Wizard of Oz. Wicked, however, turns back time to years before Dorothy follows the yellow brick road with her red jeweled shoes. Music and lyrics are by Stephen Schwartz but the musical is based off the novel written by Gregory Maguire, Wicked: the Life and Times of the Wicked Witch of the West.
The musical version gives us a look into the untold and unlikely friendship of Elphaba, who is the Wicked Witch of the West, and Galinda (then later Glinda) the Good Witch of the North. It dates back to when the two are in sorcery school together and goes through all the obstacles of their friendship. The musical teaches the meaning of true friendship while doing a fantastic job of keeping the audience entertained through its humor, costumes and set design, and strong vocal performances.
Wicked does a great job keeping the audience entertained with its mild humor. Some of the humor comes from answering questions one may have had from The Wizard of Oz like, “where did Dorothy really get those red jeweled shoes?” While having the occasional reference, Wicked is just a spin-off to Dorothy’s classic tale. No prior knowledge of Oz is necessary to understand the plot completely or to enjoy the show.
Not only was the humor a stand out in Wicked, the costume and set design was magnificent. The costumes are extremely extensive. The show uses 90 wigs all made of real human hair and all are made individual to the actor. There are 179 different types and finishes of leather used in the actors’ shoes, gloves, hats and costume trim. These are only a few facts to get an idea of how impressive the costumes and set really were.
Now the real reason Wicked has been enchanting audiences are the vocal performances. Elphaba is played by Dee Roscioli who has played the role more than any actress including a famous performance in Chicago that had sold out shows. Her presence as Elphaba is clear as she enters the stage and the audience erupts into applause. Roscioli has been in the business from an early age performing in Cats. Her voice is strong and perfectly in tune for songs in the musical such as “The Wizard and I” and “Defying Gravity.” “Defying Gravity” is a favorite as it is the song right before the intermission. Elphaba and Glinda mesmerize their spectators with a perfect duet in “Defying Gravity.”
Glinda the Good, also known as Galinda, is played by the bubbly Amanda Jane Cooper. With a BFA in Acting and Musical Theatre from Carnegie Mellon University, Cooper has an impressive resume. She has been seen as Ali in Letter from Algeria on the Abingdon Theatre stage as well as Little Red Ridinghood in Into the Woods. Cooper does more than an excellent job as Glinda mastering pieces like “Popular” and “I’m Not That Girl (reprise).”
Other characters that stood out were Madame Morrible, The Wizard, and Fiyero. Madame Morrible is played by Alma Cuervo, who is actually an expert at the role since she has had the delight in returning to the stage as Madame Morrible. Cuervo also has an equally impressive resume with a MFA from the Yale Drama School. She has had several famous Broadway roles in shows like Beauty and the Beast, Women on the Verge…, Cabaret and Titanic.
Mark Jacoby is The Wizard. Jacoby has extraordinary and notable talent. He conveys his character perfectly with all the qualities one would expect in The Wizard. Additionally, he has had distinguished roles in several very famous shows including the Phantom in The Phantom of the Opera, Walter Hobbs in Elf, and Padre Perez in Man of La Mancha.

Finally, Colin Hanlon is the handsome and ever-so-charming Fiyero. Hanlon has had roles in the famous Broadway musical Rent as well as I Love You Because. Hanlon has outstanding stage chemistry with Roscioli, which only adds to their brilliant performing.

While the Fox is running shows every night of the week save Mondays, Wicked will remain in Atlanta for only a few short weeks. With so many talented actors, an astounding musical score, charming humor, a stirring plot and unbelievable set and costume design, Wicked is not a “wait and see” but a “go and see it now” kind of show.