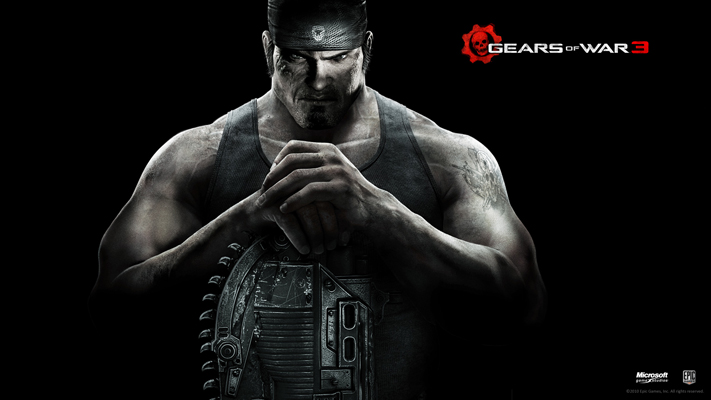 Few shooters have made a name for themselves quite like the Gears of War series. The series brings an unparalleled level of detail and engagement and improves both in its third installment.

The last game ended two years ago, with Marcus Fenix and his team working to restore humanity from the brink of destruction by the Locust and Lambent forces. After defending the ship from Locust forces, a once-thought-dead Chairman Prescott tells Fenix that his father is actually alive and being held in a research facility. He also learns that his father may have developed an end to the fighting once and for all and sets out to go find him.

Upon first starting up the game, most will see familiarity. The menus and loading screens are mostly unchanged from the first two games. From here, players will be able to join parties to play the campaign, as well as other modes. One new feature in this installation of the series is the ability to play four player co-op campaign mode. The ability to play with friends makes the game a bit more fun and also adds a challenge, as the enemies are stronger than if one plays with only the computer for assistance.

In order to enjoy the campaign you must sit down for a while. There is also replay value in unlocking harder difficulties to play through the campaign multiple times. The story, as it was with the previous games, immerses players and is enjoyable throughout. Don’t forget about the co-op mode either, which is loads of fun.

A few new enemies try to attack you as well. Luckily there are new weapons to battle them with, such as the Retro Lancer and the One Shot.

A new Beast Mode has been included, where the player fights as the Locust against the human COG forces. The player starts out as a smaller, weaker Locust character, but the player can then use rewards gained from kills to upgrade to a better and more powerful Locust character.

The multiplayer in GoW 3 is very similar to that of GoW 2, with some differences. Due to the problems players experienced during the launch of GoW 2, the games are now hosted on dedicated servers to reduce lag and fix other issues. There are quite a few modes to play, such as Team Deathmatch, King of the Hill, and some new modes such as Capture the Leader, where a designated target must be captured and held for thirty seconds while being able to struggle and still inflict damage on enemies.

GoW 3 took an already amazing series and improved  all the aspects that made it great. This title is definitely one to check out.